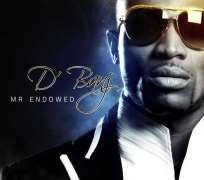 D'Banj let his head lose on twitter when he threw decorum into the waste bin as he used an 'f' word on a fan on the social media network.

With what was meant to create fun and relax with, D'Banj got what he may not have thought to get when a fan turned an acronym into what would annoy the 'Kokomaster'.

D'Banj posted a picture with the inscription DKM, meaning D Kings Men but a fan turned the acronym into D'Banj Killed Mohits (DKM).

Apparently not happy with that 'joke', D'Banj responded "Na wa for u ohh, is this suppose to be funny? Fool."

Fans have already been lambasting D'Banj for losing his head publicly. It is being argued that the singer would have just ignored the fan rather than use an 'f' word on him.