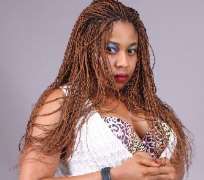 The glitz and glamorous wedding which till this moment remains the talk of the town held at the Shiloh hall of Widow Care. It also witnessed a huge turn-out following the presence of some Nollywood stars who those present struggled to catch a glimpse at them.

According to the Ebonyi-born thespian, “Not that my twin brother doesn't have what it takes to host such event like that, but personally I told him to keep whatever thing he has that I will fix the bill. And to the glory of God, it held and that doesn't mean I have arrived or gotten much to lavish. I only saw that as an opportunity to show my twin brother some love. Besides, such event is for lifetime,” she retorted.

The superlative event got enlivened by awe-inspiring performers who reeled out their best while entertaining the guests present. As the well attended event was graced by the national chairman of All Nigeria Peoples Party (ANPP) and erstwhile governor of Abia State, Ogbonnaya Onu.