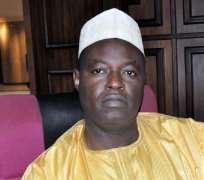 SAN FRANCISCO, January 21, (THEWILL) – A mild drama occurred at the Federal High Court, Abuja, Monday when one Abdulrasheed Ibrahim who had on January 17, pleaded guilty to the money laundering charge preferred against him by the Economic and Financial Crimes Commission, made a dramatic volte face by changing his plea from guilty to not guilty.

The accused who was arraigned on 17th January, 2013, before Justice Adamu Bello on a one count charge of money laundering pleaded guilty to the charge and Justice Bello subsequently adjourned to January 21 for sentencing.

At today’s sitting, I. A. Azuamah, counsel to Abdulrasheeed Ibrahim told the court that he had filed a motion on notice to change the plea from guilty to not guilty. However, the prosecution counsel, Chioma Okongwu, consequently asked the court for time to study the motion and respond accordingly.

However, Justice Bello granted bail to the accused in the sum of N1 million (One Million Naira), one surety with evidence of a landed property within the jurisdiction of the Federal High Court.

The accused person is to remain in prison custody until he perfects his bail terms. The case has been further adjourned to 23rd January, 2013 for hearing on the motion on notice.

Ibrahim was arrested on Wednesday November 7, 2012 by operatives of the Commission as he prepared to board a Dubai, United Arab Emirates bound Ethiopian Airline. A total of $188,858 (one hundred and eighty eight thousand, eight hundred and fifty eight United States Dollars) was found on him. He had declared only the sum of forty five thousand USD ($45,000) but a search revealed additional $143, 858.

The charge against the accused reads: “That you Abdulrasheed Ibrahim on or about the 7th of November 2012 at the Nnamdi Azikiwe International Airport Abuja within the jurisdiction of the Federal High Court while transporting in cash the sum of US 188,858.00(One hundred and eighty eight thousand, eight hundred and fifty eight United States dollars)only from Nigeria to Dubai, United Arab Emirates falsely declared to the Nigerian Customs Service the sum of $45000.00 (forty five thousand United State dollars) only instead of the said sum of US$188,858.00 as required under section 12 of the foreign exchange (monitoring and miscellaneous provisions) Act Cap. F34 Laws of the Federation of Nigeria 2004 and Section 2(3) of the Money Laundering (Prohibition) Act, 2011 and thereby committed an offence punishable under section 2(5) of the money laundering (Prohibition) Act, 2011”.