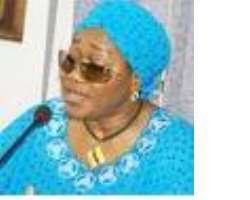 It might be too early for the embattled ex-EFCC Director of Operations, Mr. Tunde Ogunshaki to have come to terms with the sequence of events that led to his disgraceful exit from the anti-graft agency, amid an examination malpractice scandal in which another student, Bright Edebor was caught writing an exam on Ogunshaki's behalf.

Reports said, Edebor, a final year student was taken to the Dean of Student affairs where upon interrogation; he confessed he was paid by Ogunshaki to write exams for him. Based on the reports about the exam malpractice, Ogunshaki faces likely rustication from Abuja University and a 21-year jail sentence if prosecuted and convicted for criminal wrong-doing. The question is: who will bring the charges against Ogunshaki?

The unfolding saga, Huhuonline.com has learnt from sources within the EFCC, is a tangled tale; a tragedy and comedy of intrigues, power play and personal vendetta pitting EFCC chairperson, Farida Waziri against political gladiator and king-maker, James Ibori; the Attorney General of the Federation, Mike Aondoakaa and the Inspector General of Police Mike Okiro.

At least, that is the best way to understand the circumstances under which Ogunshaki became entangled in power struggle, blackmail and conspiracy theories that may not go away so easily. It is also likely to claim institutional and private casualties far beyond the immediate theatre of saga. The reasons lie somewhere between the very origins of what now appears to be a public relations disaster for Ibori, Aondoakaa and Okiro and the peculiar rules of engagement in the jungle of power play intrigues in which they navigate.

Like the privileged pigs in George Orwell's oft quoted Animal Farm; Ibori, Aondoakaa and Okiro have been viciously nibbling at Farida Waziri's tail. Huhuonline.com has learnt that against her publicly expressed wishes, the trio conspired to impose Ogunshaki as the number two man at the EFCC with very clear instructions: discredit her and take her place! As EFCC Director of Operations, Ogunshaki was the muscle of the agency and the fact that he was answerable to his “godfathers” further strained relations with his boss, Waziri, whom he reportedly despised both in public and in private.

Ogunshaki was known to have boasted that it was just a matter of time (upon his graduation from Abuja University) that he will replace Mrs. Waziri as head of the EFCC. It is alleged, quite pointedly and sometimes with incontrovertible evidence, that James Ibori funded President Yar'dua's flawed election in 2007. At least, the man cannot deny his rather generous “donations” to Yar'dua's campaign for president. It is no secret that Ibori will likely bankroll and back Yar'dua's re-election bid in 2011.

As payback to his “godfathers”, Ogunshaki, Huhuonline.com learnt from EFCC insiders, was personally responsible for the mysterious disappearance of all the originals of the EFCC files and evidence on James Ibori who has been under investigation both in Britain and in Nigeria for financial misappropriation and embezzlement during his tenure as Delta State Governor. The absence of this evidence has stalled efforts to hold Ibori accountable, despite repeated plodding to this effect by British authorities. Ogunshaki is also faulted masterminding the backroom wheeling and dealing, which culminated with the shady plea bargain between the EFCC and Lucky Igbinedion that kept Lucky out of jail after agreeing in court to pay a fine that was a mere slap on the wrist.

Somehow, this confrontation between the trio of Ibori, Aondoakaa and Okiro and Waziri has played out beyond the context of the dog-eat-dog relationship between Waziri and Ogunshaki. Aondoakaa, Huhuonline.com was told by credible sources, masterminded an investigation of the EFCC by the SSS. The AG then presented the report of the investigation which indicted Waziri to the Federal Executive Council (FEC), with recommendations that she be replaced forthwith. But the plan was squashed through the intervention of President Yar'dua's wife, Turai Yar'dua, who talked the President out of the decision. Turai Yar'dua and Farida Waziri are long-time friends, a source told Huhuonline.com.

Having weathered the storm, the 74-year-old police veteran decided to fight back. Close sources to Waziri told Huhuonline.com that she launched a secret investigation that entails 24-hour surveillance of Ogunshaki's activities, including his studies at Abuja University. And when the apposite moment of truth came for Ogunshaki, Waziri struck back with both hands. Little wonder, the press ran amok with the embarrassing and nauseating details of the examination malpractice revelations.

A source at Abuja University who elected anonymity told Huhuonline.com that Waziri has turned the heat on the University demanding a full investigation into further allegations that Ogunshaki had engaged in cash-for-marks deals with some Varsity Dons and paid several students to write his exams from Level-100 to the present Level-400 when he was caught. When contacted, a source at the Dean's office confirmed that the EFCC is demanding a full investigation, but declined further comment, on the ground that investigation is still on going.

Although Ogunshaki has been sent back to the Police department from whence he came, it is very unlikely that neither Okiro nor Aondoakaa, Nigeria's number one law enforcement officer will allow any criminal proceedings to be initiated against their protégé. Observers wager that the feuding between Ibori, Aondoakaa, Okiro and Waziri may just be the beginning of a long drawn-out conflict that risks unraveling Nigeria's Justice and law enforcement institutions. In the attempt by each of these parties to gain an advantage, there may be revelations that could unsettle the rest of the pack and, unfortunately, even those outside the immediate range of targets.