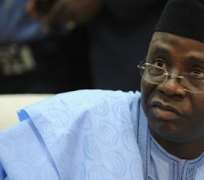 Pastor Tunde Bakare lashed out on Pastors Yesterday accusing them of aiding and abetting crime that has brought the nation to the present state of disrepute and becoming renown for corruption, while delivering a speech in preparation for the first anniversary of the Occupy Nigeria Protest in Lagos. The clergyman said “The church has failed the nation. Worst oppression is going on in the churches today.

Most churches encourage corrupt leaders by failing to tell them the truth and collecting their money.” 'Corruption and the Soul of the Nation', the lawyer regretted that corruption had robbed the country of the chance to realise its potential.

On Corruption he said, “It cripples a nation's character and drains her of substance. We are confronted daily with news and reports of executive corruption in high places, assaulted with a legal system that has long lost respect for the sacredness of justice.

“We have resorted to worshipping and preserving certain sacred cows and even their sires. We have a social system that makes a mockery of a country and her feeble efforts at self-reclamation to the end that even her entire existence becomes a running joke.

“This is not mere alarmism. Our country has long been distorted by corruption and it has progressively eroded her strength and undermined her potential.”

The question then is, Do Pastors Collect Bribes in any form from Politician, either by gifts, honorarium, Bribes, Car, Cow etceter is Pastor Tunde Bakare right on this?