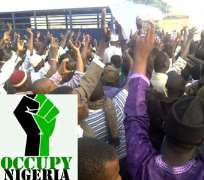 The memories of the January 1st 2011 announcement to remove the subsidy on fuel will forever remain fresh amongst Nigerians for many reasons. This is the new year (2013) marking the anniversary of that infamous January bequest in a familiar old fashioned style reminiscent of the military era. Interestingly, Nigerians will dare to resist a dance to the mafia’s gong and stand the test of time thus birthed the #OccupyNigeria movement; a divine deal to end corruption in the downstream sector and beyond.

The popular motion raised by Bukola Saraki, the Senator representing Kwara Central and the subsequent findings was an eye opener, till today, that gallant motion has liberated Nigerians to hold the government accountable on petroleum pricing and spending. Senator Bukola Saraki had dared to stir the honest nest, he reckoned that the federal Government operates a fuel subsidy scheme with the policy purpose of making petroleum products available that it should serve as a long standing palliatives in order to cushion the effect of the true market price on the populace. One year after, how have we fared as a nation? How transparent is the process? A peep into the dubious dealings and the observation(s) made in the wake of the raised motion include;

About 20 billion Naira was set aside for subsidy on a monthly basis, In August of the same year 2011 the total figure expended was N165 billion of which NNPC was N88 billion and Independent marketers was N77 billion that is with a budget of N240 billion for the entire year. If that was considered moderate according to the fuel budget for the year, it became puzzling how N931 billion has been squandered at the end of August 2011. This shows a variance of N771 billion or if you like 700% above the budget for the year 2011 running. Hence, a total of 1.2 Trillion Naira as against the initial budget of N240 billion. Going by these revelations and its intrinsic implication on the economy, one would have expected some of the 109 Senators to show solidarity with their fellow colleague -Bukola Saraki to corroborate on his findings. Rather he was chastised and castigated for asking the federal government to revert the pump price back to N65 and aligning with the masses during the #OccupyNigeria shut down. Good spirited Nigerians who came out to support the public outcry were labelled anti- government and in no time they were accused of sponsoring the peaceful protest. It was indeed an inglorious moment for the government.

During the deliberations leading to the strike on the new fuel price regime the economic paralysis was at its peak for days and the country lost an estimated 207.4 billion Naira ($1.27 billion) during the eight day strike. Sadly, the brunt of the whole subsidy budget will come to the fore on the floor of the national assembly, just when we are gasping for breath to recover from the N300 billion Naira payments for subsidy so far by the present administration, the additional N161 billion Naira supplementary budget approved recently by the national assembly is not in the interest of the nation.

This is where I am perplexed, and will continue to ask if the remaining lawmakers are arm-twisted to support Senator Bukola Saraki in his quest to champion prudence in the subsidy payments. The legislators should focus on instituting workable economic reforms that would punish fuel marketers and government officials bent on defrauding Nigerians through the false subsidy claims. If only the Senators were half as spirited as Senator Saraki, mounting pressures on government and clamouring for the right policies to be implemented, then, just maybe; the pump price would have stayed at N65 instead of the initial N150 Per litre proposed by the government.

Maybe the $3 million bribery between Senator Farouk and Femi Otedola would have been averted. Maybe the 2012 #OccupyNigeria might not be necessary after all, albeit, the country losing about $1.27 billion in 8days as a result of the grounded economy. Just maybe our refineries would have been given the much needed priority.

Maybe between last year and now more subsidy loot would have been recovered from the oil marketers and the indicted ones would have been prosecuted. The Ribadu Oil subsidy report, the malabu oil scam, and the much hyped SURE-P program are some of what we will be demanding justice from the government this new year. Most of the legislators that kept silence during the decisive period will not be forgiven easily this time around. This is the time to rally together and carry out their oversight function to curtail the excesses of the executives in the interest of all Nigerians.