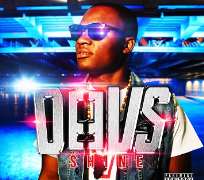 His talent has fetched him stage performance alongside Ice Prince and Ghana's very own Atumpan (the thing), R2bees, Tiffany, Stay Jay and Castro.

As a well-known artiste in the AfroBeat Movement in UK, 'DeeVS' has had the opportunity to perform alongside successful musicians like Mista Silva, Fuse ODG, Kwamz & Flava and Tribal man.

Dee Versatile (DeeVS) real name Derrick Abaitey established his musical interest during his early school days in Ghana before relocating to the UK where he has perfected his talent.

By early 2006 he had developed his production and vocal skills while working on his 1st album in “KingsBeat” studio. During this time, he formed the Urban musical group called “Vibe Squad” and within 2 months of forming the group, they completed their first hit album “Boo Yi”. Apart from music, DeeVS is currently studying for his MPharm Degree.

Dee's new record 'SHINE' was recorded by HT Records UK and the official video for the song will be released in few weeks.