Yoruba, Hausa or English, Nollywood Is One- Laide Bakare 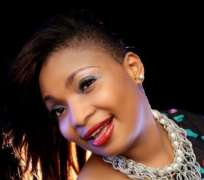 The idea that there are three sections of Nollywood; English speaking, Yoruba and Hausa speaking known as Kannywood, has been pushed aside by the beautiful mother of one, Laide Bakare.

The mother of one made this known recently shortly after been introduced as a Yoruba actress at the inauguration party of President of Actors Guild of Nigeria, Ibinabo Fiberisima in Lagos penultimate Sunday. She said; “There is nothing like Yoruba actors or English actors. We are all one Nollywood actors. The problem is that some people have a wrong perception of things in Nollywood. We are all doing movies in Nollywood. But while some prefer to do theirs in English, others make movies in Yoruba or Hausa languages.

Whether English, Yoruba or Hausa, they are all platforms of telling a story. The language does not matter. What matters is that we are doing movies and you do yours in the medium you prefer.”

Laide also debunked the claim that Yoruba-born actors shy away from English productions and the activities of the Actors Guild of Nigeria because they lack fluency in English language, “It is not like that. We all are educated and we speak English too. There is a script to read and practice from. I just think the whole thing is a tribal issue as the Igbo people believe they have dominated the English section of Nollywood, so they favour themselves more than others.

"At least you do not expect me to beg for English movie scripts. I believe in those who know my worth. I do not run after auditions. Maybe if I have been doing that, they would have contracted me for a production. Anyway, because I believe in movies where English and Yoruba are used, I'm planning to shoot some movies in that direction very soon, ” she re-invigorated.

Ghanaian girls are cool: If God says yes*** I can marry Yvonne Nelson----Iyanya

Nigerian Media Made Me A Devil To Make Money--Empress Njamah

How we achieved magic make-up for actors in Nollywood [PICTURES]