Disadvantages Of Being Handsome 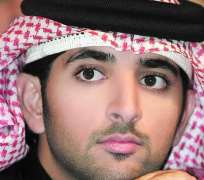 I'd say i'm a pretty handsome guy, and girls tell me so so i have no reason to argue, but I did notice that it only started later in my life, i guess i matured well idk.

Plus i work out more, eat healthier and dress better than I used to, so i'm sure that makes a difference.

1. Gays- Gay men stare at men the way men stare at women. It's annoying and infuriating and makes me want to fight but I'm not an so i refrain. Either way the worst part about it is gay men staring or trying to talk to you. So when a guy you think is straight glances at your arm or chest. Abomination

2. Older Women- Older women are pushy and aggressive and don't know when to turn it off. The worst part is the boldest ones are the ugliest more condemned cargo. You have a flock of obasanjo looking women constantly making you uncomfortable. The worst is they're openly biased towards you and will talk about you to everyone creating a lot of awkward tension and unwanted attention.

3. Assumed to be a player- Women assume you're a player for no reason. They'll take you less seriously and question your motives the whole time.

4. Jealous Men- The most women think im handsome the more men want to fight or beef me. They constantly think I'm trying to compete with them, and CONSTANTY beefing and fighting are key. What makes it worst is a lot of their girlfriends will try to give them an impression that they like you so that their boyfriend can fight you and she can feel like he loves her more. Men become more preoccupied with you and your motives and life becomes more dramatic and complex.

5. Being called gay- The stereotype in the US is if you're an attractive well dress man you're gay as Americans expect their men to be simple dressers and not good looking.

6. Attracting useless women- Sure you attract more girls, but with the quantity comes a drop in quality. You'll constantly run into useless superficial women with no substance while the ones with substance are not phased or impressed by your looks.

7.Amebor- Everyone's in your business and wants to know who you're sleeping with.

8. Voltrons- You get women that you don't want that won't leave you alone no matter what. They'll stalk your facebook liking everything you do, constantly talk about you, and acting like you're their best friend. A lot of them will being acting like they're your best friend before they tell you their name. You can always find these if they use your name in every sentence while talking to you.

9. Women playing games with your name- lastly, women will use your name to play games. If you joke with one she'll tell everyone you were flirting with her. If you flirt with her she'll tell everyone you guys were 'talking' or 'had something'. If you sleep with one girl, any girl you like they will tell that one girl that you slept with the previous girl. They'll gossip with your name to build themselves up and to tear down your chances with other women out of jealousy.

Like i said, I've probably matured well but it didn't used to be this way. Either way I'm happy with the way I look now.