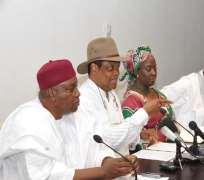 SAN FRANCISCO, September 18, (THEWILL) – The National Council for Privatisation (NCP) today approved twenty one (21) firms for the first round of bids in the planned auction of 10 Power Holding Distribution Companies (DISCOS).

The round has been slated for the Transcorp Hilton on October 10, 2012.

However, the NCP refused the bid of the two companies bidding for Kaduna Distribution Company, saying both were technically unqualified and granting the Bureau for Public Enterprise (BPE) the right to invite fresh bids from all prequalified bidders in accordance with Plan B of the privatisation of any unsold successor company.

The new invite is for fresh bids from all shortlisted bidders that paid the required $20,000 fee for the bid documents.

The firms and the Discos approved for the round are:

JOS Disco: Aura Energy Limited.
In a related development, the NCP said seven firms scaled the pre-qualification hurdle and are to tender financial bids for five power generation plants (GENCOS) as part of the on-going efforts to privatise the Power Holding Company of Nigeria (PHCN).

The financial bids will be formally opened on September 25, 2012, at Transcorp Hilton Hotel, Abuja.

At a briefing in Abuja, Chairman Technical Committee, National Council on Privatization, Mr. Atedo Peterside flanked by Mr. Darius Ishaku, the minister of state for power and Bolanle Onagoruwa, said government was staying action on the bidders for the Afam Power Station — for which former Minister of Power, Professor Barth Nnaji resigned last month —but added that an announcement would be made soon.

Bart was reported to have admitted before the consideration of the report of the evaluation that O&M Solutions of Pakistan, a member of one of the consortia bidding for Afam, had worked as a contractor for Geometric Power, which he still has stakes in.

The consortium, in which O&M Solutions has a stake, is Skipper Nigeria Limited, which had submitted technical and financial bids for Afam on July 17, the deadline set by the Bureau of Public Enterprises (BPE) for the submission of bids for the Gencos.

Other companies that bid for Afam, a power plant in Rivers State with an installed capacity of 776mw, are Primeniza Energy Limited and NPG Consortium.

Bart was said to have admitted to the NCP that Geometric Power has a minority stake in Eastern Electric Nigeria Limited, which had submitted technical and financial bids for Enugu Distribution Company Limited on 31st July.

He reportedly notified President Jonathan of his company’s bid for Enugu Distribution Company, saying that although he has interest in Geometric Power, he had resigned from its board and transferred his shares to a blind trust.

Geometric Power, a pioneering independent power producer founded by Nnaji, built the 22mw Emergency Power Plant in Abuja and is in the process of completing the construction of an integrated power plant in Aba, Abia State.