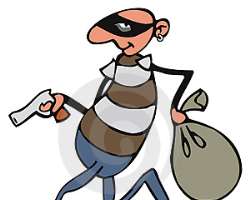 BARELY 24 hours after the Senate disclosed the names of persons indebted to the 50 failed banks, some of the debtors, dramatically, have started rushing to the Nigeria Deposit Insurance Corporation (NDIC) to pay the loans, give plans of repayment or present proof of payment already made. Others like Prince Sam Adedoyin denied any debt to the banks.

But the Senate Committee on Banking and Financial Institutions has summoned the Governor of the Central Bank, Mr. Sanusi Lamido Sanusi; the NDIC's Managing Director, Mr. Ganiyu Ogunleye; and all the indebted directors of the failed banks to a meeting aimed at effecting payments to all affected depositors.

The committee, in the report it submitted to the Senate on Tuesday, listed the debtors to include the former directors of 13 failed banks, who were allegedly involved in inside credit abuse that contributed to the banks' collapse.

The former directors collectively owed the failed banks N53.3 billion, out of which NIDC has so far recovered N4.8 billion.

The highest debt of N15.7 billion according to the report read on the floor of the Senate, was allegedly owed by a former Minister of Science and Technology, Chief Ebitimi Banigo. The money was allegedly borrowed from the defunct AllStates Trust Bank.

Others are beautiful socialite, Mrs. Angela Onyeador, Babajide Rogers, a former chief executive of Gulf Bank, Dapo Sarumi, a former Minister of Information and Senator Mike Ajaegbo, among others.

In an interview in Abuja, Chairman of the committee, Senator Nkechi Nwaogu, said the meeting, which had been fixed for Monday was in compliance with the directive issued by the Senate on the matter.

The Senate had on Tuesday asked NDIC to contact the depositors who had not been paid and ensure prompt payment to them.

The upper legislative chamber also directed the NDIC to come up with plans for immediate payment of all depositors irrespective of pending court cases and put a definite deadline for the completion of the process.

It urged the NDIC and CBN to immediately call a meeting of parties to all pending court cases with the committee to facilitate the payment processes.

Some of the debtors however besieged the committee's secretariat yesterday to present evidences of payment.

One of the debtors, Senator Chris Adighije, who reportedly owed the distressed Metropolitan Bank N1.9 million, said that he was never aware that his company, Cinab Eng. & Geological Services Ltd, owed that amount.

He presented a copy of the cheque with which he had however settled the debt to the NDIC and forwarded same to the committee.

Adighije also gave the committee a copy of the letter he had sent to the NDIC on the matter.

Another debtor, Mr. Emeka Offor, in a letter to Nwaogu, said he had resolved to liquidate his N1.2 billion debt to the African Express Bank in 12 months from June 1, 2009.

While noting in the letter dated May 14, 2009 that he had already deposited collaterals of shares valued at $300 million with the bank, he said.

"In view of the foregoing representations, we humbly request that Chrome Group makes a good faith payment of N1.2 billion in 12 equal installments effective June 1, 2009 in full and final settlement of its indebtedness as against the outstanding balance of N934,952,129 needed to pay the outstanding deposit liabilities of the defunct African Express Bank Plc."

And mixed reactions yesterday trailed the list of bank debtors released by the committee.

The President of Manufacturers Association of Nigeria (MAN), Mr. Bashir Borodo, said that not all the debtors should be blamed for the payment defaults, as some factors, not disclosed by the Senate, could have been responsible for the situation.

According to him, it could be that some of the debtors had the intention to pay back their debts, but for the fact that the banks were already closed down and the matter was in court.

"It is a shame that the names of the bank debtors were published in the papers. I believe the banks would not have done that because they always protect the interest of their customers. But, you cannot stop NDIC from doing what it felt was the best option to recover the loans from the debtors," he stated.

Borodo argued that NDIC should have equally published the names of non-insiders who also borrowed money from the banks and what they were owing, especially as some of the "outsiders" are very much in the corridors of power.

"I believe that there are outsiders who equally borrowed money from these banks. People are interested in knowing them.

"We should not rule out the fact that these monies may not be directly borrowed by these people in question. Maybe they stood as guarantors for the borrowers or maybe, it was borrowed by their companies."

"It is very clear that these debtors are people who actually have sufficient money to service the loans. We should not also rule out the fact that most of the banks concerned went to court to protest their closures. There things take time. I still believe that some thing is wrong somewhere," he said. He added that the issue of concession for the debtors may not be ruled out, because the problem has been outstanding for too long.

NDIC officials declined to make categorical comments on the saga, but a source in the commission decried the public disclosure, saying that he was at a loss on what the Senate was out to achieve with such strategy.

According to him, "the Senate Committee got the information from NDIC and other agencies were also invited during the investigation. But what I found difficult to understand was the exclusion of directors from a particular bank "(which he declined to disclosed).

"I could see politics playing a big role in the whole saga, as the non-disclosure of this particular bank is sending a wrong signal to those of us who thought the Senate committee was on a genuine cleansing mission, as the omitted bank directors are very much in power."

He also foreclosed incentive option being offered the debtors, "as we were made to burn our fingers when the commission tried such strategy in respect of the debtors of the defunct Fortune Bank Plc."

However, a former bank managing director blamed the regulatory authorities for what happened.

According to him, abuse of bank credit by directors started a long time ago with the knowledge of officials of regulatory authorities, but they (officials) looked the other way.

He pointed out that it was salutary for the senate to have publicly named the directors involved, but that they should go ahead and prosecute them.

In prosecuting them, he argued that it would afford the disgraced bank directors the opportunity of naming any CBN/NDIC officials involved in the disgraceful transactions.

Besides, he expressed fear that like every other Nigeria scam, "this may also die down without any tangible thing coming out of it."

He also stressed that the directors involved must be made to pay bank with the accrued interests, pointing out that "the 24 banks are currently not immune to the same ailment, as the practice is still continuing."

"So, to me, it was right for the Senate to have named them publicly. It should not only be the poor people that get exposed, the rich also, whenever they misbehave, should be brought to book, publicly," he added.

Some other analysts also want public prosecution of the debtors.

"For God's sake, this is depositors money", said Mr. Kolawole Apetan, an economics lecturer in one of the universities.

"The people robbed of their money would have plunged into bad situations that some can never get out of it and the people called directors of banks are living ostentatious lives," he said.

Apetan explained that the Federal Government should even intervene by mobilising forces to retrieve these monies and then return them to their owners.

"If the government that preaches rule of law and equal rights will be sincere, let it go to any extent to retrieve these stolen monies, so that it will teach the present directors some lessons that the same punitive measures will be meted out to them if they misappropriate other peoples monies.

Also, a financial analyst commented that the listed debtors should be prosecuted.

"I have always been telling people that the hands of most rich people you see around are not clean. How can a director of a bank borrow depositors money and deep inside him, he did not have any intention of paying back."

According to him, these people should be forced to pay back all the depositors money borrowed because some depositors labour so much to get money to put in the banks. And after sweating so much, the directors who should protect their interest would come and steal it in the name of borrowing.

A Lagos-based lawyer, who also spoke on condition of anonymity, however, stressed the need to give adequate security to the Senate committee members who made the disclosure.

According to her, "some of these debtors are powerful in the society and could unleash mayhem on those that made the disclosures, if only to square up with them."