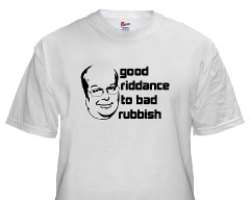 By Kunle Aderinokun, Abuja
Following recommendations of the Revenue Mobilisation Allocation and Fiscal Commission (RMAFC) on the pay cut for top public office holders in the country which is expected to take effect by the end of this month, state governors and their deputies, just like the President and Vice-President, will not be entitled to severance packages when their four-year tenure expires.

Hitherto, former state executives have been receiving 300 per cent of their basic salaries as severance packages.

However, speakers of state houses of assembly and their deputies will not be totally exempted from this largesse but they will have their severance packages slashed by from 300 per cent to 200 per cent of their basic salaries.

Justifying its recommendations on the controversial pay cut, RMAFC in an Executive Summary obtained by THISDAY explained that the severance packages were either cancelled or drastically reduced after taking into consideration the constitutional/legal issues.

“Having taken into consideration the constitutional/legal issues, the national economic indicators and the consultations carried out by the commission, details of which are in this report, the commission is reviewing downward, cancelling and retaining certain allowances in the remuneration packages of all categories of office holders in the executive at the state and local governments…,” it stated.

While motor vehicle loan and motor vehicle maintenance allowances of supervisory councillor/secretary of local government councils have now been cancelled, other allowances ranging from accommodation, furniture, entertainment of officials of the executive arms of the local government councils have variously been reduced by percentages ranging from 10 per cent to 250 per cent. The same applied to the legislative arms of the state governments.

RMAFC stated that, “the commission, based on its observations concluded that apart from the reduction in allowances, there are other areas of leakages and wastages in revenue at all tiers of government that must be addressed in order to ensure increase in revenue and its judicious management.”

As part of its observations, RMAFC discovered that, there was non-compliance with the provisions of the remuneration packages as contained in either the report of the commission or the Act itself.

“Such violations by the three tiers and arms of government include arbitrary appointment of high number of personal assistants which is adding more cost to the running of government at the various levels. It is difficult to determine what value they add to the service delivery or to governance,” it said.

RMAFC Chairman, Mr. Hamman Tukur, last week while submitting the report on the reviewed salaries and emoluments to President Umaru Musa Yar'Adua revealed that the national wage bill of N1.3 trillion per annum is “substantially attributed” to the councils. Fifty-three per cent of the amount is paid as salaries and allowances at the local government level.

Thirty-two per cent of the amount is spent on the officials of the 36 state governments, while the Federal Government spends only 15 per cent of it.