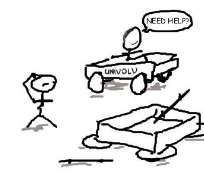 By John Danfulani
The manifestoes of three regionally featured political parties (NPC, AG, and NCNC) that participated in independence elections made Africa and total eradication of colonialism, and other aeries of racial discriminations a chief foreign policy agenda.

Awolowo and his Action Group (AG) was the only party that added a restraining clause that intended to treat Egypt with caution, because the land of Pharaohs has a leg in black continent and another in Middle East. By this, the good old Yoruba sage believed a nation like that should not be trusted, wholly.

The old man was later proved wrong through desperately needed military support they gave us from 1967 to 1970 during Gowon's police action (civil war).

When the elegant lady Queen handed the 'certificate of freedom' to Right Honourable Gentleman Abubakar Tafawa Balewa on 1st 1960, Nigerian global prestige and influence was on the horizon and we were tacitly affirmed natural leader of black world. It was easy identifying a Nigerian in a sea of other blacks in all major cities in the world from Tokyo to London, up to Paris, and down to Dallas-Texas.

They walked shoulder high, headlong and prideful - as if they own the entire universe. This was possible because our first generation leaders were COMMITTED COMMUNALIST with total love for humanity and fear of their Creator.

Because of this global goodwill and respectability on Nigeria and her people, some months after the Queen let-go her colonial possetion (Nigeria) our former Head of State (John Ironsi) was made head of first UN peacekeeping mission in the Congo. Our country participated in the formation of then O.A.U; because of her credibility at the international scene, her view with other moderate states was adopted as the official founding document of the organization. In fulfillment of her 'God ordained' mission for total liberation of Africa from all vestiges of colonialism, liberation movements like ANC, SWAPO, ZANU-PF, MPLM et al were sprinkled and showered with financial and military supports. Nigeria became a permanent chair of UN committee against Apartheid, until final liberation in 1994. We also piloted the formation of a sub-regional group called ECOWAS in the 70s. Nigeria is troop contribution state to all UN peace missions and went on some solo peacekeeping missions in West African sub-region (Sierra Leone and Liberia).

At some juncture, this fabulous global image and reputation melted to the thin air. This was as a result of actions and inactions of our thievery and morally bankrupt leaders who strayed from decency-lane and got involved in heinous acts like; sending contraband in diplomatic bags and selling diplomatic seals to businessmen to evade taxations. Our internal colonizers joint world gangs of money swindlers/launderers and notorious drug barons that frustrated and drained other capitalist economies. Bribes were demanded and collected in local and international deals, with glorious audacity!

What are the unintended repercussions of these criminalities? Nigerians with or without corrupt missions were denied entry visas to advanced capitalist states of the world. Local businessmen find it uphill task connecting, discussing, and closing deals with their outside capitalist colleagues.

Casanovas amongst us are denied phone numbers from ladies in world leading disco halls and tourist centres, not because they are not good seducers ala Don Juan but because of their nationality. Two rules exist in all international airports, borders, and seaports; one for Nigerians, and the other for the 'civilized' world. We are automatically assumed guilty until 'you' proved otherwise, instead of the other way round.

The green passport has become a license of, embarrassment, frustration, denigration, mockery, and inhuman treatment, wherever you go in this world.

After all, who schooled them that foreign policy is ran like a world evangelical outreach or an international non governmental charity organization? Agreed that exigencies and realities of early sixties forced us to ply the 'big brother' and emancipator road; why hanging on that like an article of faith when colonialism and apartheid evaporated long ago?

Foreign policies are not to be casted on iron rots and cement; they should be flexible to accommodate changes as dictated by realities of the international system. This Mitrirany's functionalist approach must give way to Kissinger's realist paradigm, which places emphases on national interest. Is this difficult to understand? It should not, even to our dear Benjamin the Donkey of Owen's Animal Farm.

These multifarious negativities were an unfortunate creation of treacherous compradorial cabal ruling us. They are a blood sucking tic which will not peacefully set-free its prey, except through forceful plugging.

People must wet the ropes and do the hangman's duty to the system and its operators.