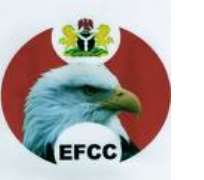 Also, Chairman of the Commission, Mrs Farida Waziri, at an interactive session with journalists, in Abuja, to mark her first year in office yesterday said the court cases of some former governors were ongoing and that there was no letting up on efforts to prosecute former Governor of Rivers State, Dr. Peter Odili and Senator Bola Tinubu, former governor of Lagos State.

49 Nigerians docked over N143bn fraud
It has also come to light that 49 Nigerians are presently being prosecuted by the EFCC for fraud, totaling N143.6 billion. This was contained in a list of “On-going High Profile Cases” made available by the anti-graft body yesterday. The high profile cases include that of some ex-governors. 11 of the fraud cases were commenced by former chairman of the anti-graft agency, Mallam Nuhu Ribadu, while the incumbent boss of the EFCC, Mrs Farida Waziri has filed 20 fraud-related charges against suspects.

Most of the suspects have been granted bail by the court. The suspects in the UBEC case where high profile public servants connived with an American, Alexander Cozman, to defraud the government are however still in the custody of the EFCC.

Some of the cases listed include the case against former Governor Ayo Fayose of Ekiti State at the Federal High Court, Lagos over N1.2 billion.

Another case is against former Governor Joshua Dariye of Plateau State at the Federal High Court, Gudu.

Also listed is the case of former Governor Saminu Turaki of Jigawa State at the Federal High Court, Maitama, over N36 billion.

The ongoing trial of Mr Roland Iyayi, former Managing Director of the Federal Airports Authority of Nigeria (FAAN) over N5.6 billion is also listed. The trial of Mr Eider George, an Ustalian Business man at the FCT High Court, Maitama over N5.6 billion and that of Mr Patrick Fernandez, an Indian Businessman whose trial is ongoing at the Federal High Court, Lagos over N32 billion fraud is also listed.

The trial of four Senior Managers of a bank over N3.6 billion at the Federal High Court, Port Harcourt is also one the cases listed by the EFCC.

According to the EFCC, charges have been filed against the former Minister of the Federal Capital Territory, Mallam Nasir El-Rufai, but he is yet to put in an appearance.

No letting up on Odili, Tinubu
On former Governors Odili and Tinubu, Mrs Waziri said: “I inherited most of these case files and no file was at any time involving the governors was declared missing as reported by the press. Instead, we have been investigating and building on the files.”

Answering specific questions on Dr Peter Odili and Senator Bola Tinubu both former governors of Rivers and Lagos states respectively, the EFCC boss said the Commission was working hard to drag them before the law court.

On Tinubu, she said that the Commission was working on gathering evidence with which to establish a case against the former governor but admitted that certain words of her predecessor did not make that effort easy.

Mrs. Waziri said she has been very sincere in handling her responsibilities in the last one year, adding, “I don't have any basis to lie as posterity will judge me because in the last one year, what I have done is to build case files, analysing them and working day and night to ensure that suspects are arrested once a prima facie case is established.”