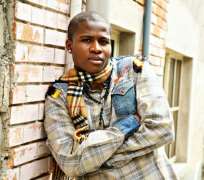 Same can be said of Sauce Kid, Tiwa Savage and other returnees from outside Nigeria that have become relevant in the music industry in Nigeria today.

His hit single, 'Gba mi lago (Call my phone)' was people's favourite. In 2010, he travelled to London and recorded three more singles, 'Holla Back Son', 'Rule the World' and 'Don't Cross the Line', which he collaborated with London based artistes; Smokes and Silk J.

He shot a video for his 'Gba mi lago (Spliff Version)' single few years ago.

Olu-Shegs has now released a new smash hit single titled 'Roll it Shake it'. The song has enjoyed favourable downloads online and replays. With the rate at which his music career is shooting high, Shegs might become the next big thing to happen in Nigeria's music industry.