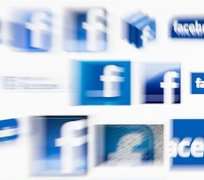 A month after Facebook Inc's rocky initial public offering, some of Wall Street's top analysts have published their first assessments of prospects for the world's No. 1 social network. And most are cautiously optimistic.

In more than a dozen highly anticipated reports, Morgan Stanley and other brokerages that handled the blockbuster IPO said they were generally positive about the company's long-term potential, given its large user base, and most expect it to corner a substantial share of the internet advertising market.

Still, several said the company's business model was unclear and there were questions about how it plans to make money from the growing number of users logging in through smartphones and other mobile devices.

Others at Morgan Stanley, J.P. Morgan Securities, Goldman Sachs, RBC Capital Markets, Piper Jaffray, Oppenheimer and Co and William Blair began coverage of Facebook with their top ratings. Only BMO Capital Markets initiated coverage of the stock with an "underperform," its lowest rating, and set a share-price target of $25.

The reports represent Wall Street's most broad-based assessment of Facebook, the first U.S. company to debut with a market value of more than $100 billion.

The 33 banks that participated in the IPO were required by securities regulations to wait until 40 days after the first day of trading on May 18 before publishing their views, limiting the research on Facebook to date to a handful of analysts.

Analysts at JP Morgan set a price target of $45 for the stock, suggesting upside potential of 36 percent compared with its close of $33.10 on Tuesday. Facebook shares were down 2 percent at $32.40 in trading before the bell on Wednesday.

"The next phase of the Internet will be driven by data and powered by ubiquitous online access, and Facebook is well positioned here through its large and engaged user base, virtual ownership of the social graph, and unwavering focus on the user experience," JP Morgan said.

The company's stock offering, one of the most highly anticipated in history, was marred by a series of technical glitches at the Nasdaq exchange.

Facebook's decision to increase the size of the offering by 25 percent days ahead of the IPO, as well as concerns about decelerating revenue, also weighed on the stock, which traded as low as $25.52 before regaining some ground to trade in a $31-$33 range in recent days.

Goldman Sachs set a share price target of $42, while RBC said it expected a run to $40. BofA Merrill Lynch and Morgan Stanley pegged the shares at $38, while Citi and Barclays opted for $35.

The eight-year-old company started by Mark Zuckerberg in his Harvard dorm-room began trading at a whopping 100 times 2011 net income per share compared with Apple Inc's current 20.6 times and Google Inc's 18.9.

REVENUE CONCERNS
The rush of research comes ahead of Facebook's second-quarter results, expected sometime in mid to late July.

With about 900 million users, Facebook has become one of the Web's top destinations, challenging established players such as Google Inc and Yahoo Inc.

Even so, revenue growth from ads and other services is slowing. The company, which last year was more than doubling the amount of money collected every quarter compared with a year earlier, reported growth of 45 percent in the first three months of 2012, and revenue declined from the preceding quarter.

General Motors' announcement days before the IPO that it would stop advertising on Facebook has added to the concerns about Facebook's ability to generate business from advertising.

Despite $4.8 billion in expected revenue in 2012, Facebook's user monetization rate is still relatively low, said BofA Merrill Lynch, which expects new advertising formats to accelerate revenue growth in the second half of the year.

In recent weeks, Facebook has unveiled a string of enhancements to its advertising service, allowing marketers to specifically target ads to users on the mobile version of Facebook and to show Facebook users ads based on previous websites that they have visited.

"The company is in the midst of a mobile usage transition and we are cautious on Facebook's revenue trends until new mobile ad revenue models start driving the top line," the analysts at BofA Merrill Lynch wrote.

Morgan Stanley analyst Scott Devitt, who told the firm's major clients that he had cut his revenue estimates on Facebook just days before the IPO, said he expects mobile monetization to be a challenge for the next several quarters to several years.

Morgan Stanley, the lead underwriter of Facebook's $16 billion IPO, set an "overweight" rating on the stock.

Several analysts working for the underwriters, including Morgan Stanley and Goldman Sachs, cut financial forecasts for Facebook days before the IPO after the company cautioned about revenue growth due to a rapid shift of users to mobile devices, where Facebook is less effective at generating revenue.

The analysts briefed some institutional clients about their revised forecasts, Reuters has reported, but retail investors were left in the dark. That revelation has resulted in lawsuits alleging the banks and Facebook failed to fully disclose its weakened financial outlook ahead of its offering.