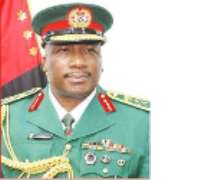 The Nigerian Army has, as a matter of record, written to Huhuonline.com to explain its version of events in the disputed procurement contract of military supplies to the Nigerian contingent serving in the hybrid African Union-United Nations peace-keeping force in Darfur Sudan.

Huhuonline.com broke the story about the imminent legal fracas pitting military contractors against the Federal Government for contracts the army awarded to Esquire Ventures Ltd; Profitel Ltd, Century Communications Ltd and Jonny-Way Investments Ltd ) for the supply of military hardware to the tune of N1.2 billion.

The contractors claimed that the army back-pedaled on the deal after they had already committed themselves to manufacturers by placing procurement orders for the supplies; the first consignment of which had already been delivered to the army. The matter is already in arbitration where the contractors' claims against the Federal Government are as follows:

But, in a statement by Brigadier General Chris Olukolade, the Army's Director of Public Relations, the Army discounted the claims as false, saying they are shrouded in public incitement and libel aimed at undermining the integrity of the leadership of the Nigerian Army.

The statement noted that the facts of the case as reported by Huhuonline.com and other Nigerian media inappropriately vindicated the arm-twisting and clandestine campaign by a group of persons “not only given to the application of some clandestine approaches to defraud the taxpayers and unsuspecting members of the public, but also have a strong sense of disdain to the principles of due process, transparency and accountability.” (Read full statement below)

HQ DAPR/G6/230/25
19 August 2009
PRESS STATEMENT
ARMY CAUTIONS ON ACTIVITIES OF PSEUDO CONTRACTORS
The attention of the Nigerian Army has been drawn to the persistent efforts through publications ostensibly sponsored by some individuals who claim to be contractors to the Nigerian Army. The publications, some of which have appeared on the website http://www.huhuonline.com and some national newspapers, suggest that the Nigerian Army is owing them substantial amounts of money. They went further to make a number of insinuations which are completely false and aimed at undermining the integrity of the leadership of the Nigerian Army.

The Nigerian Army has, through investigations, come to the full realization of the fact that these group of persons are not only given to the application of some clandestine approaches to defraud the taxpayers and unsuspecting members of the public, but also have a strong sense of disdain to the principles of due process, transparency and accountability.

Although the characters behind the claims and the allegations have been well known to the Economic and Financial Crimes Commission (EFCC), the army is also wary of the fact that their present line of actions are orchestrated by the anger evoked by the avowed commitment of the leadership of the Nigerian Army to stick to the direct labour and direct procurement approach in the execution of its key projects. We want to emphasize that these arm-twisting and clandestine campaign notwithstanding, the Nigerian Army shall not be dissuaded from this track which has not only assured her of high quality of project execution, but has also cut down on the cost of executing such projects, especially at this period of economic melt-down.

The Nigerian Army strongly believes that the grand motive behind all the falsehood and unwarranted attacks through the media is to cow the army to submission in order to have it distracted from the path it has already charted for itself. We wish to, however, assure members of the military community and the Nigerian public in general, that we remain undaunted and can never be detracted from the path of propriety and transparency no matter whose ox is gored.

In threading this path, the army shall continue to count on the support and goodwill of the Nigerian people. The much respected media in particular, is strongly advised to exercise due restraint in interacting or identifying with the mission and message of these Pseudo-contractors and twin agents of fraud and destabilization. This is more so as their campaign materials are shrouded in public incitement and libel.