Fathia : The Rock Of The Nkrumah Family 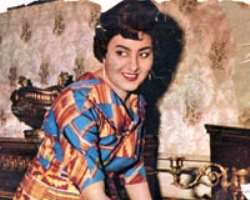 Fathia with her only daughter, Samia
Listen to article

“It was not meant to be a marriage made in heaven. It was a political union between Mediterranean-oriented North Africa and the rest of the continent, often pejoratively termed sub-Saharan or Black Africa.

Yet Fathia Nkrumah's life story is a modern fable representative of a certain era. For fleeting moments in the late '50s and early '60s, it captured the public imagination throughout Africa.

The young Egyptian woman who left her country to marry the most illustrious African anti-colonial leader of his time was inevitably invested with iconic qualities.”

This was contained in a profile of Madam Fathia Nkrumah by her eldest son, Gamal Nkrumah (Source: Al-Ahram Weekly. 14-20 September 2000)

Fathia Nkrumah, born Fathia Rizk in 1932, was the wife of the First President of Ghana, Osagyefo Dr Kwame Nkrumah.

Fathia was born and brought up in Zeitoun, Egypt, the third daughter of a civil servant and a diminutive but iron-willed woman who raised her children single-handedly after her husband's untimely death.

After completing her secondary education, Fathia worked as a teacher in her school, Notre Dame des Apôtres. Teaching did not appeal to her, however, and she took a job in a bank. Then opportunity knocked, in the person of Ghana's first President, Osagyefo Dr Kwame Nkrumah.

Reports indicated the first born of Fathia's mother had left Egypt with his English bride and so when Nkrumah proposed, the old lady was reluctant to see another of her children marry a foreigner and leave the country.

Fathia had to convince her old mother that Nkrumah was an anti-colonial hero, like Nasser. Yet the old lady did not relent: She refused to speak to Fathia or bless the marriage.

Fathia's marriage was full of uncertainties. In her profile refereed to earlier, Gamal was quoted as saying that: “The new bride, who had cut herself off from her family and country by marrying Nkrumah, was isolated in more ways than one.

She spoke little English, while her groom spoke neither Arabic nor French. Within three months, however, her tenacity had served her well, and she was able to deliver speeches in English, Ghana's official language.”

Genuinely fond of her new adopted home, Ghana's first First Lady rarely yearned for Egypt. She was said to be happy to escape the suffocatingly conservative culture she grew up in and happily embraced the rich vibrancy of Ghanaian culture. In fact she was said to be amazed at the fierce independence of Ghanaian women.

They liked her in return; the powerful 'market women' who controlled the textile trade even named a traditional Kente cloth design after her, called Fathia fata Nkrumah, translated into English thus, 'Fathia suits Nkrumah'.

Against her family's wishes, then, she embarked on a journey deep into the colonial Africa of the late 1950s. Only her uncle agreed to accompany her on the long journey to newly independent Ghana.

For a month before the wedding, the young bride could not sleep at all. She had been summoned by President Nasser, who asked her if she was sure that she wanted to accept Nkrumah's proposal of marriage.

Marrying a head of state of the first African country to achieve independence from British rule, in fact, entailed duties and responsibilities, sacrifices and potential risks.

Having heard the president's warning, Fathia replied promptly: 'I would like to go and marry this anti-colonial leader. I read his autobiography, I know of his trials and tribulations, of his struggles during his student days in America and Britain, and of his spearheading the anti-colonial struggle upon his return to his homeland.

I am deeply impressed.' Only her family stood in the way, she informed Nasser. She had little idea of the challenges that lay ahead.

It was late December and Cairo was experiencing an exceptionally cold winter.

Khartoum, the first stop on her journey, was very hot, unbearably so. She spent the night there with her uncle and the next morning headed west, stopping over in Kano and Lagos, Nigeria, before landing in Accra.

The bride-to-be reacted to the tropical climate in a decidedly unromantic way: with swollen feet and a heat rash that turned her pale skin screaming scarlet. A doctor was summoned. 'What's wrong with her?' the prospective groom demanded.

The doctor reassured him and the wedding went ahead. Not one to waste time, Nkrumah married Fathia the evening of her arrival in Ghana: New Year's Eve, 1957-1958.

Few were told about the marriage plans. Even Nkrumah's secretary was taken by surprise when she heard the news on the radio. The ceremony was a very simple affair, which came as a shock to an Egyptian bride who expected an ostentatious marriage ceremony befitting a head of state.

It was to be the first of many such cultural shocks. A handful of ministers and Nkrumah's mother, Nyaneba, were present. It was a simple ceremony, a civil marriage, since Nkrumah refused religious rites.

At first, many Ghanaian women did not take kindly to the idea of Kwame Nkrumah marrying a foreigner. The militant women's league of the ruling Convention People's Party (CPP) was especially disappointed that the national hero had married a 'white woman', even though Nkrumah was said to have explained to them that his bride was an African despite her fair skin.

Christianborg Castle, renamed Osu Castle after independence, was at the time the seat of government and Nkrumah's official residence.

It was also to be Fathia's home for the next five years. Both sons of Fathia: Gamal and Sekou, were born in Christianborg, while the only daughter, Samia, was born in Aburi, a beautiful mountain retreat some 30km north of Accra.

Fathia was said to have loved the cool and refreshing mountain air at Aburi and it was her favourite escape from her official duties as First Lady.

Much of Fathia's experience in Ghana first lay behind the Castle walls, and later within the confines of the presidential palace, Flagstaff House.

Presidential life was far from idyllic as her daily routine was frequently punctuated with nerve-wracking assassination attempts on her husband. In all these Fathia was said to be always poised and calm in such situations.

In August 1962, Nkrumah, who was away in northern Ghana, had a hand grenade hurled at him at close range. It missed him, but killed a small girl who was offering him a bouquet of flowers. Nkrumah had to be hospitalised for two weeks for his deep shrapnel wounds.

In the days of Fathia, women ambassadors were a rarity and, by virtue of the political nature of her marriage, she became an unofficial envoy of Ghana.

She had the honour of being the only Egyptian woman to dance with the Duke of Edinburgh when he accompanied Queen Elizabeth II on an official visit to Ghana in 1962.

She understood what part she was to play when she stepped on stage, and she also learned how to come to terms with life after the occasion.

Fathia Nkrumah was a very young wife and mother of three very young children when her husband was overthrown in Ghana's first successful military coup d'état on February 24, 1966. She had to take her children to Cairo, Egypt to be raised there while her husband went to exile.

A new chapter in Fathia's life opened after her husband, President Nkrumah, was overthrown. After six years of raising her three children virtually single-handedly, she learned of her husband's death on April 28, 1972.

A lot of things happened in her life after Nkrumah's death. He was earlier buried in Guinea where his body was exhumed and returned to Ghana on July 7, 1972, more than two months after his death.

An Air Guinea aircraft landed in Accra with Nkrumah's coffin and widow aboard. After a brief stopover, the sad party travelled to Nkroful, his birthplace in western Region where Nkrumah's mother, Nyaneba, then well into her 90s, waited patiently for her son's body for burial.

Madam Nyaneba passed away seven years later in Fathia's arms, aged 102. Fathia could not live in Ghana after this incident.

It was an emotional event when she visited Ghana in 1997 to attend the celebrations held to mark 40 years of Ghana's independence.

Together with Gamal, they visited the marble mausoleum at the Kwame Nkrumah Memorial Park, built in President Nkrumah's honour by the Provisional National Defence Council (PNDC), headed by former President J.J Rawlings. The two, mother and son, stood before a statue of Nkrumah inscribed with the Convention People's Party (CCP) slogan, “Forward Ever” at the spot where Nkrumah declared independence on March 6, 1957.

She suffered from stroke and died at the Badrawy Hospital in Cairo, Egypt. One of the sons of Madam Fathia, Mr Sekou Nkrumah, told Joy News shortly after her death that although his mother's death was sad to hear, it was something the family expected due to the complicated nature of the illness.

Fathia was first laid to rest at the Coptic Orthodox Christian Church in Cairo (reputed to be the oldest Church in the world) where the solemn service was held but was later buried at the Nkrumah Mausoleum in Accra, Ghana beside her late husband, whose birthday Ghana and the rest of Africa celebrate on September 21, 2009.

Fathia Nkrumah is remembered by many as the woman who against all odds, stood by her husband to pursue the vision of spearheading the fight to liberate Africa. Indeed she was a woman of destiny.