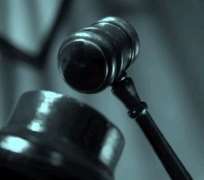 Reading the above title most people would think that this writer is behind the news because all those who should know in Nigeria have already answered the question in the affirmative. Most readers would rather be expecting this writer to tackle the much disturbing question of how corrupt is the nation's Judiciary.

I concede to my readers the right to hold the above stated opinion but again it is right to observe here that even the current chief Justice of Nigeria Dahiru Musdapher had in an exclusive interview with a national daily accepted the shameful reality that the Nigerian judiciary stinks of corruption but he was quick to do what one may call 'argumentum ad hominem' or rather he committed the fallacy of attacking the messenger rather than the message when he alluded to the claim that judicial corruption was not peculiar to Nigeria since even the United States of America has had her own dose of corruption in the period preceding the announcement of the Presidential election results that brought in President George Bush[jnr] for a second term in office in 2000.

The chief Justice of Nigeria spoke through his media consultant Mr. Mohammed Adamu just as he disclosed that he will this week present to the National Assembly what he considers as revolutionary recommendation on possible areas of amendments in the Nigerian constitution so as to tackle judicial corruption.

While citing the scandal that followed the US Supreme Court decision in the dispute between George Bush and AI Gore after the 2000 presidential election, the Nigerian Jurist said even the US judiciary was not immune from corruption.

“The only difference is that democracy is deeply entrenched in the US and a politician there will not insist on the do-or-die attitude of the Nigerian politician, otherwise, there would have been a judicial crisis in the US,” he added.

He said Nigeria did not need the US to tell it the problems with the judiciary in the country, adding that Musdapher understands the problems and is implementing reforms that are within his capacity as the CJN.

The Chief Justice of Nigeria failed to respond qualitatively to the groundswell of allegations of corruption raised in the United States report.

Specifically, the United States report titled “Department of State's Country report on Human Rights practices for 2011”, which was tendered before the United States Congress last week by the Secretary of State Mrs. Hilary Clinton, had observed copiously that Nigerian Judiciary is very corrupt and susceptible to manipulations by the rich elite in business and politics.

According to the 60-pages report; “Although the Constitution and law provide for an independent Judiciary, the judicial branch remained susceptible to pressure from the executive and legislative branches and the business sector.”

The United States further revealed the obvious lapses and traces of official ineptitude and corruption in the Nigerian Judiciary when it stated rightly thus; “Judges frequently failed to appear for trials, often because they were pursuing other sources of income and sometimes because of threats against them. In addition, court officials often lacked the proper equipment, training, and motivation to perform their duties, with lack of motivation primarily due to inadequate compensation”.

The United States government was even magnanimous in the report to have disclosed that the Supreme Court justices advocated greater autonomy for the judiciary in the ongoing constitutional amendment process.

I am shocked that the Chief Justice of Nigeria attempted to defend the judicial arm of government against the well considered accusations of corruption, bribery and ineptitude on the part of Judges. Where was the Chief Justice of Nigeria when the Independent National Electoral Commission failed to tender the ballot papers of 2011 Presidential election for forensic analysis as requested by the petitioner against President Jonathan, Major General Muhammad Buhari [rtd] and why did the judiciary cave in to executive pressure not to wield the big judicial stick to compel the production of these vital body of evidence that are public property? Where was the Chief Justice of Nigeria as an institution when the former Delta State Governor Mr. James Ibori was set free by the Federal High Court, Asaba division only for the British magistrate court to have found him guilty of theft of several Billions of tax payers' money belonging to the Delta State government?

Where was the chief Justice of Nigeria when the Federal High Court hierarchy specifically created a division in Asaba, Delta State which made it possible for the proceedings to have experienced the unprecedented level of alleged compromise that made it easier for James Ibori to have been discharged and acquitted of all the corruption charges only for a much lower court – London Magistrate Court in the United Kingdom to have successfully convicted him and to have succeeded in recovering the monumental amount of public assets stolen by him while he was governor?

The most agonizing fact was that these systematic dastardly acts of judicial corruption and impunity as aforementioned took place during the administration of the late President Umaru Musa Yar'adua, a man whose administration made respect for the principle of rule of law as the corner stone of his government.

Does it mean that the federal government at that time just like under President Jonathan failed to appreciate the authentic import of the concept of principle of rule of law?

Wikipedia, the online encyclopedia did not make a mistake when it gave the concise and precise meaning of the concept of the principle of Rule of law.

Today, the concept of the rule of law is embedded in the Charter of the United Nations. In its Preamble, one of the aims of the UN is “to establish conditions under which justice and respect for the obligations arising from treaties and other sources of international law can be maintained”. A primary purpose of the Organization is “to maintain international peace and security… and to bring about by peaceful means, and in conformity with the principles of justice and international law, adjustment or settlement of international disputes or situations which might lead to a breach of the peace.” The Universal Declaration of Human Rights of 1948, the historic international recognition that all human beings have fundamental rights and freedoms, recognizes that”... it is essential, if man is not to be compelled to have recourse, as a last resort, to rebellion against tyranny and oppression, that human rights should be protected by the rule of law…”

For the UN, the Secretary-General in 2004 defined the rule of law as “a principle of governance in which all persons, institutions and entities, public and private, including the State itself, are accountable to laws that are publicly promulgated, equally enforced and independently adjudicated, and which are consistent with international human rights norms and standards. It requires, as well, measures to ensure adherence to the principles of supremacy of law, equality before the law, accountability to the law, fairness in the application of the law, separation of powers, participation in decision-making, legal certainty, avoidance of arbitrariness and procedural and legal transparency.”

Justice Musdapher should be told that his administration of the judiciary has failed to tackle the all important issue of corruption because since he assumed office, there is no record to show how some of these corrupt judges have been punished using the powers conferred on the National Judicial council. What other power does he need to confront judicial corruption?

How come that when big thieves are charged before our courts, these thieving elite are set free by judges hiding under the power to grant bail even when small thieves who are charged for petty crimes are sent straight to jail? This is judicial corruption at work.

For example, some so-called fake NYSC Corpers were arrested by the Nigerian Civil Defense in Nasarawa state and charged to court and were instantly sentenced to harsh prison terms. But in the same week, several prominent Nigerians including a serving permanent secretary were dragged before the Abuja High Court for alleged theft several Billions of Naira from the police pension fund, but were immediately granted bail. In fact one of the accused 'big men' was caught red-handed with N3 Billion cash in his bedroom and yet these persons are free people courtesy of the bail granted them by the Abuja High Court. If this is not judicial corruption what is it then?

The Nigerian Judiciary must punish corrupt Judges or ordinary Nigerians will no longer repose their trust on the judiciary but will resort to self help.

JP Clark, the professor of English had written a beautiful poem depicting how dangerous it is for a nation's political and judicial leadership not to do anything to check corruption.

In one of the stanzas of his beautiful poem titled “a state of siege”, Professor Clark wrote thus; “…As if the wailing is not heard, at all on high, on any day, at an hour and place known only to some men of straw burning the land, mayhem may move to market, church, Mosque, then Merge silently with night”.