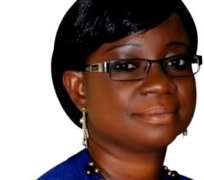 ABUJA, May 20, (THEWILL) - As part of efforts to develop a post-2015 development framework for the country, the senior special assistant to the president on Millennium Development Goals (MDGs), Dr. Mrs Precious Kalamba Gbeneol is convening a National Stakeholders’ Consultative Forum that will also attempt to determine the country’s input to post-2015 UN Development Agenda.

The forum is scheduled to take place from the 31st May to 1st June 2012 at the State House Banquet Hall, Presidential Villa, Abuja.

A statement from the office of the SSAP-MDGs indicated that the forum will consider the outcome document that emanated from the widely attended Expert Group Meeting, while charting the way forward for a national agenda that can be infused into the global Post-2015 Development Framework. It is expected that the outcomes of the National Consultative Forum will enable the country engage the international community as the world debates the imperative of integrating the social, economic and environmental dimensions of development.

The statement noted that with the 2015 deadline for the attainment of the MDGs fast approaching, the Nigerian government and other stakeholders on MDGs in the country are assessing and taking stock of the successes and failures of the current framework in an attempt to shape and develop an inclusive and holistic post-2015 agenda. The aim of the position paper is to begin the process of developing a post-2015 agenda that is participatory, ambitious and holistic and drives the socio-economic development of the country.

According to the SSAP-MDGs, it is expected that the post 2015 agenda should cover specific areas, part of which constitute the nucleus of the MDGs. In particular, the agenda is expected to centre on the livelihoods of the poor and vulnerable, climate change, food security, gender equality, decent employment, natural resources, technology, education, health and promotion of local industries.

In view of that, the SSAP-MDGs believes that the various stakeholders such as youth, women, disabled, civil society, media, traditional authorities, religious leaders, representatives from the three tiers of government, international development partners and other representatives that make up various interest groups in the country must be engaged at the National Stakeholders Consultative Forum in developing the agenda as direct ownership will facilitate a collective effort in the process of implementing such a plan.

The outcome of the forum will also attempt to determine Nigeria’s input to the post-2015 UN Development Agenda that will be considered at the UN Conference on Sustainable Development tagged: Rio+20 holding between 20th and 22nd June 2012 in Brazil. Rio+20 provides a platform for all the countries involved in implementing the MDGs to provide a common framework with concrete goals regarding the social, environmental and economic aspects of sustainable development to chart a way for sustainable development. With only three years left until the 2015 deadline for actualizing the MDGs, discussion on the future development framework for the Sustainable Development Goals (SDGs) have begun but have, however, been controversial so far, with the link between SDGs and the MDGs still to be determined.

The SSAP-MDGs noted that Nigeria intends to participate at the event with a very clear position on where it stands on post-2015 agenda, thus the National Consultative Forum is an opportunity for all stakeholders to participate in the discussion on the way forward regarding the MDGs.