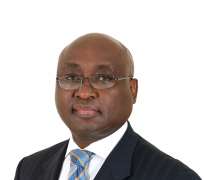 WASHINGTON, May 18, 2012/African Press Organization (APO)/ -- African Development Bank President Donald Kaberuka joined U.S. President Barack Obama, several African heads of state and leaders from the public and private sector in Washington on Friday for the launch of a new initiative that aims to reduce poverty and stimulate economic growth.

The launch of The New Alliance for Food Security and Nutrition coincides with the Group of Eight (G8) Summit, which is being hosted at Camp David, the U.S. Presidential retreat near Washington. The G8 consists of the world's largest economies.

At the launch event, AfDB President Donald Kaberuka spoke about the steps that must be taken to improve food security and stimulate economic growth.

During a panel discussion, President Kaberuka said that improving Africa's infrastructure, transportation, access to water and trade will drive economic growth in the same way that it has in countries like India.

He added that it would not only take money, but imagination as well.

The panel was immediately followed by a keynote speech from U.S. President Barack Obama, who stressed the importance of food and nutrition security not only for developing nations, but also for the good of the global economy.

He told the audience that improvements in this area are “Not only a moral imperative, but an economic imperative as well.”

President Obama and President Kaberuka will be together again on Saturday. They'll gather with G8 leaders, several African heads of state and a select group of executives from the private sector for an intimate session at Camp David. Again, the topic will be food and nutrition security and its influence on Africa's economic prospects.

For more on the African Development Bank, go to http://www.afdb.org