How to Spend Time Apart but be Closer than Ever.. 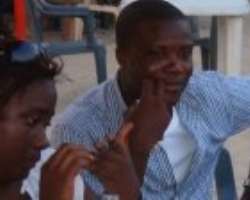 veryone goes through a period in their relationship where things seem to sour. Maybe your partner doesn't seem interested in spending time with you anymore, or perhaps he's so focused on other obligations he doesn't have time for you. Before you pack your bags and get the heck out of dodge, you should know that this type of behavior can actually be normal in a long-term relationship. I know – shocker, right?

Honestly, I experienced the same thing in my last relationship. At first, I thought I did something to cause my boyfriend to draw into himself. We weren't spending nearly as much time together as we did in the beginning of our relationship, and he seemed content to do his own thing. Little did I know that what he was doing was simply reverting back to what he USED to do before we got together!

Think about it like this. After a certain amount of time (I was with my boyfriend for 10 months when I start noticing this behavior), the two of you settle into a comfortable routine. At this point, it isn't about impressing the other person – you've already established a relationship, and both of you have accepted the other for who each of you are. Now, people (men, especially for some reason) realize that you aren't going to up and leave anytime soon. At this point, they can start incorporating some of the activities they used to be a part of before they entered into the relationship with you.

In actuality, while one partner might be upset or confused by this behavior, it's usually completely normal! The problem arises when you are expecting more than what your partner is giving you. When my former boyfriend seemed to pull away from me, I confronted him about our future together. He was completely confused, because to him what he was doing was normal. He told me that because we'd been together for so long, he didn't think it was a bad thing to have a night or two to himself every week so he could do what he used to do before we got together.

After I thought about it, I realized it wasn't a bad thing at all – I could use some ""me-time,” as well! While we managed to pull together, you might need to evaluate your relationship and what you want from it. Having some time apart from one another can be very healthy, both mentally and emotionally.

There's no golden rule that states couples must spend every waking moment of their lives together! A little separation can go a long way, and when the two of you finally do get together, the time spent apart will be worth the reunion.

Do you agree or disagree...Tell us what think in the space provided below....