Alban Bagbin - What You Must know About Him 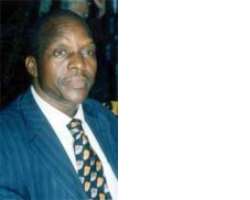 When the history of Parliaments under the Fourth Republic is written one parliamentarian who will stand tall among all members of parliament (MPs), both past and present, is the current Majority Leader, Mr Alban Sumana Kingsford Bagbin.

The outspoken lawyer is one of only five MPs in the current Parliament referred to as 'The Pioneers', because they have been members of all the Parliaments since Ghana returned to constitutional rule on January 7, 1992.

When the National Democratic Congress lost power in the 2000 general election and formed the Minority in Parliament in the Third Parliament of the Fourth Republic, Mr Bagbin, who is the MP for Nadowli West in the Upper West Region, became the voice of the party and performed his role as the Minority Leader to the admiration of all.

On the floor of Parliament, he was always at his best and could be described as one of the best debaters and constitutional experts of our time.

Ghanaians will always remember the role Mr Bagbin played in his eight year term as the Minority Leader in the Third and Fourth Parliaments of the Fourth Republic, during vetting of ministerial nominees by the Appointments Committee and the public sittings of the Public Accounts Committee of Parliament.

His knowledge and insight of the background of matters and people who appeared before the two committees earned him both admirers and enemies. But he always stood his grounds, once he knew he was right.

In fact, his popularity during the Third Parliament led people to think that he was the person to partner the then candidate, Professor John Evans Atta Mills, to contest the 2008 general elections on the ticket of the NDC, but alas, that was not to be.

Born on September 24, 1957 at Sombo in the Upper West Region, Mr Bagbin is a graduate of the University of Ghana (1977-1980) and the Ghana School of Law (1980-1982). He holds an Executive Masters in Governance and Leadership from the Ghana Institute of Management and Public Administration (GIMPA).

His parents were Mr Sansunii Bagbin and Mrs Margaret B. Bagbin who were both peasant farmers. He is the fourth child of nine children born to the Bagbin family.

The Majority Leader started schooling at an early age at the Roman Catholic Primary School and ended at the Tamale Secondary School, where he earned his Ordinary Level and Advanced Level certificates before entering the University of Ghana.

His working life experience took him to a number of establishments after school, and this no doubt enabled him to garner a lot of experiences that he brings to bear in his current political role.

From 1980 to 1982, he worked at the Bureau of Statistic and Statistical Service as the acting Secretary to the Statistical Service Board while between 1982 and 1983, he worked as Personnel Manager of the erstwhile State Hotels Corporation ((Ambassador/Continental Hotels) before sojourning to Libya to teach English at the Suk Juma Secondary School, Tripoli.

When he returned from Libya in 1986, Mr Bagbin joined the Akyem Chambers, a firm of legal practitioners, consultants and notaries public, as a partner. Between 1989 to 1992, he was appointed an external solicitor of the Credit Unions Association of Ghana (CUA).

From 1993 to date, the Majority Leader has been a partner of the Law Trust Company, a firm of legal practitioners, consultants and notaries public.

Mr Bagbin has held a number of positions in Parliament since 1994 and capped his law making career with the ultimate, the Majority Leader and Leader of the House.

From 1995 to date, Mr Bagbin has been a member of a group known as Parliamentarians for Global Action (PGA) and member of the International Law and Human Rights Programme of the PGA.

From 1996 to 2000, he was appointed Chairman of the Advisory Committee on the Restructuring of the Water Sector (Ministry of Works and Housing) while between 1997 to 2000, he was a member of the National Media Commission.

He was also the Vice Chairman of the Appointments Committee of Parliament.

Mr Bagbin is married to Mrs Alice Adjua Yornas Bagbin, the Programme Officer of the United Nations Children Fund (UNICEF) office in Ghana. Although Mrs Bagbin also hails from the Upper West Region, the couple met in Accra and tied the nuptial knot in 1984.

Mr Bagbin said he has been prepared to hold high positions right from his days in school when he was appointed Chairman of the Disciplinary Committee of the Legon Hall, University of Ghana . According to him, he also held positions in a number of associations on campus at Legon.

When asked what pushed him into politics, the Majority Leader simply answered, 'law and politics are siamese twins'. He said he was part and parcel of the 1979 Revolution staged by Flt Lt Jerry John Rawlings.

He explained that his year group in Legon became known as 'the Aluta Group'. He said he was attracted by the ideas and ideals of the June 4 Revolution.

'In 1992 when the Provisional National Defence Council (PNDC) metamorphosed into the National Democratic Congress (NDC), it became a matter of choice for me to stand for election in my constituency and from then my parliamentary career has known no bounds', he said.

He described his eight-year term as the Minority Leader (2001-2008) as a very challenging period, adding that he however managed to ride the challenges till his party captured power during the 2008 general elections and formed the Majority in Parliament.

Mr Bagbin accused the then Majority in Parliament, the New Patriotic Party (NPP), of behaving as if they will remain in power forever, forgetting that Ghana's political terrain is fluid.

He said he intended to move parliamentary democracy forward through tolerance, accommodation of all shades of opinions, consensus building and compromises in addition to ensuring best parliamentary practices and procedures.

Mr Bagbin noted that although achieving a total parliamentary independence was utopic, he would work hard towards the independence of Parliament to enable it to play its proper role in the country's current political dispensation.

'Parliament is the fulcrum of multi-party democracy. We should therefore strive to make the institution become an active player to turn things round so that the principle of checks and balances will be at play to provide good governance', he said.