When Sex Leaves the Marriage 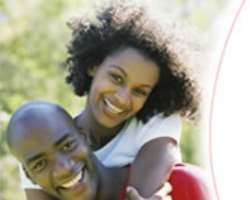 Why do some couples sizzle while others fizzle? Social scientists are studying no-sex marriages for clues about what can go wrong in relationships.

Married men and women, on average, have sex with their spouse 58 times a year, a little more than once a week, according to data collected from the General Social Survey, which has tracked the social behaviors of Americans since 1972. But there are wide variations in that number. Married people under 30 have sex about 111 times a year. And it's estimated that about 15 percent of married couples have not had sex with their spouse in the last six months to one year, according to Denise A. Donnelly, associate professor of sociology at Georgia State University, who has studied sexless marriage.

I recently spoke with Professor Donnelly about how much researchers really understand about no-sex marriages. Here's our conversation.

Question: Is there any indication that the sexless marriage is becoming more common? Or are we just hearing about it more?

Answer: I suspect that we just hear more about it. Back in the days before reliable birth control, having a sexless marriage was one way of limiting family size. Those were also the days when women were not supposed to enjoy sex and often used it as a bargaining tool in their marriages (because they were socialized to do so). Plus, unhappy couples (who are less likely to have sex) were more likely to stay together because of social expectations, or because they had children they were raising.

Question: Why does a marriage become sexless? Does it start that way? Or does sex fade?

Answer: The answer to that one is both. Some of the people in our sample never had much sex from the beginning, while others identified a particular time or event (childbirth, affair) after which sex slowed or stopped. Some people become accustomed to their spouse, bored even, and sex slows. For others, it is the demands of raising a family, establishing a career, and mid-adulthood. And there are people who have very low sex drives, and may even be asexual. They may have some sex with their partners to begin with, but it becomes unimportant to them (and usually not so unimportant to their spouses). These folks may also be dealing with guilt, issues with the human body, or feel that sex is “dirty” or only for procreation. A small number of couples showed a mixed pattern, where they would have periods of “feast” and of “famine.”

Question: Are couples in sexless marriages less happy than couples having sex?

Answer: Generally, yes. There is a feedback relationship in most couples between happiness and having sex. Happy couples have more sex, and the more sex a couple has, the happier they report being. But keep in mind that sex is only one form of intimacy, and that some couples are fairly happy (and intimate) even without sex. In my 1993 study, I did find that people in sexless marriages were more likely to have considered divorce than those in sexually active marriages. There is no ideal level of sexual activity — the ideal level is what both partners are happy with — and when one (or both) are unhappy, then you can have marital problems.

Question: Can people in a marriage that has become sexless rekindle their sex lives?

Answer: Some do. But once a marriage has been sexless for a long time, it's very hard. One or both may be extremely afraid of hurt or rejection, or just entirely apathetic to their partner. They may not have been communicating about sex for a very long time (if ever) and have trouble talking about it. Couples who talk over their sex lives (as well as other aspects of their marriages) tend to have healthier marriages, but it's hard to get a couple talking once they've established a pattern of non-communication.

There are mixed opinions about what to do to rekindle marital sex. For some couples, it may be as simple as a weekend away from the kids, taking a vacation or cruise, or just having some time off, alone. Others may need help in re-establishing communication and may seek professional assistance. The sad fact is that there are few counseling professionals that deal with this issue. Often, marriage counselors focus on other aspects, rather than sex. While these other aspects may play a big role in sexual inactivity, talking explicitly about sex is essential.

Question: Are people in sexless marriages more likely to get divorced?

Answer: In my studies, as well as others, people in sexless marriages report that they are more likely to have considered divorce, and that they are less happy in their marriages.

Some of our former respondents have kept in touch with me, and the happiest ones are actually those that have moved on to other partners. It may be that lack of sex is a signal that all intimacy in a marriage is over, and that both would be happier in other situations. I know that this may not be a popular idea with the religious and political right, but it may be a better solution than staying in a marriage that is hurtful and unfulfilling.

In sum, these situations are just so complicated. Each couple has to examine their specific histories, their motivations and goals, and whether it is worth it to them to work on putting sex back in the marriage. It can be a difficult task and require that people take emotional and physical steps that aren't comfortable for them.

Question: What else are you trying to learn about sexless marriages?

Answer: I'm hoping to begin some longitudinal work which follows couples over time, to try and understand better the processes they experience, how they make decisions, and how these decisions affect their future happiness. Ultimately, I'd like to know how those who were able to repair their sexual relationships did so.