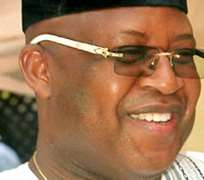 SAN FRANCISCO, May 05, (THEWILL) – The controversies surrounding the murder of Comrade Olaitan Oyerinde, principal private secretary to the governor of Edo State, assumed a messier dimension on Saturday as the Peoples Democratic Party (PDP), which had been implicitly accused of orchestrating the murder, told the Action Congress of Nigeria (ACN) to look within itself for the killers.

The PDP branded Governor Adam’s Oshiomhole’s accusation of orchestrating the murder as evidence that he is drowning and therefore interested in dragging innocent people along.

“The allegation that PDP is responsible for the killing is ridiculous, vexatious, unfounded and a figment of the governor’s and ACN’s imagination,” Edo State chairman of PDP, Chief Dan Orbih, said at a press conference held on Saturday at the party’s secretariat in Benin. “It is very clear that Governor Oshiomhole and the ACN are trying to incite the good people of Edo State against the PDP. Their attempt to gain undue publicity, cheap popularity and sympathy of Edo people will fail woefully.”

But he said his party would maintain a dignified silence and remain law-abiding in order to allow the Police, which has been mandated to unravel the murder, to do its job. He also accused Oshiomhole of preparing to unleash terror on opposition.

“We are aware that the main objective of these wicked and baseless accusations against the PDP is to prepare the ground for unleashing terror and violence on notable PDP leaders in Edo State, to weaken the tempo of our campaign and give him undue advantage,” he said.

“This sadistic plan, which is reprehensible, pernicious and misdirected, must be condemned by all well-meaning and peace-loving people of Edo State. As a law-abiding party, the PDP in Edo State, earnestly pleads with Edo people and its members to remain calm and law abiding, and urges the Nigeria Police to expedite action and conclude its investigation speedily and make same public.”

His words, “The first was Chima Ubani who, while travelling in Oshiomhole’s official car, in September 2005, died in a fatal accident on his way from Maiduguri where he attended an anti-subsidy removal rally organised by labour.

“In 2008, exactly one month after he assumed office as governor of Edo State, his personal assistant, Mr. Greg Aruna and his chief press secretary, Mr. Chris Nwachukwu died in a mysterious automobile accident along Ewu-Auchi Road.

“You would also recall that while returning from a party in Governor Oshiomhole’s residence in Iyamho, a group of girls lost their lives in a ghastly motor accident inside Hon. Phillip Shaibu’s official Avensis car. If these deaths had occurred now, Governor Oshiomhole and his handlers would have told the world that PDP was responsible. In nearly fifty years of our existence – from Midwest Region, Bendel State and now Edo State, we have never had it this bad.”