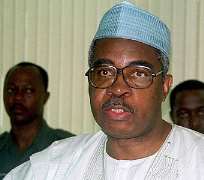 ABUJA, May 01, (THEWILL) - The current security crisis in the country was again the focus of broad discussions on Tuesday at a high-profile event in Abuja, where former Minister of Defence, General Theophilus Danjuma warned that the country is on fire and on the cusp of subjection to the Somalia experience.

General Danjuma was speaking at A Morning of Reflections, a public forum organised to mark the 50th birthday of the publisher of Leadership Newspapers, Mr. Sam Nda-Isaiah, which was attended by important northern leaders.

“As far as Nigeria is concerned, I am an optimist. I tell myself each time we seem to stumble as a nation that we shall muddle through. But, in the last few months, I have begun to wonder: our house is on fire,” lamented Danjuma, who chaired the event, and spent long minutes drawing the attention of political leaders to a number of socio-economic problems in the North that could turn the country to another Somalia if unattended to.

“The Somalialisation of Nigeria is taking place right now. We need to sit down and get to the root of the problem and find a solution to it,” he charged. “Let us not deceive ourselves, the chief security officer of a state is the governor. Where are our northern governors? Borno is a failed state. Jigawa is almost a failed state. Kano is threatening to be a failed state. Where on earth are we going? You hear talks about multimillion naira fences around government houses, but what about the people?”

Other speakers after him expressed similar concerns. Former president of the Senate, Senator Ken Nnamani, in his contribution postulated that the country suffers from two maladies: a total lack of shame, and the seeming inability to rein in those bleeding the country dry through corrosive corruption.