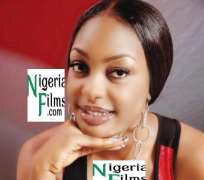 A couple of weeks back, the movie industry recorded another break-up of marital union as one time celebrated and highly respected couple, top movie director Tchidi Chikere and actress Sophia separated from each other.

According to the news that circulated within the period, sultry actress Nuella Njubuigbo was said to be at the centre of their irreconcilable differences.

Nuella was alleged of having a sizzling romance with the ace movie director, which resulted in the couple's break-up .

In a recent interview, the actress at the centre of the crisis opened up.

When the controversy of Tchidi and the wife broke out,I was so worried and upset.I was like why me? Initially I wanted to just keep quiet like I said that it's not my business.But for the sake of my fans who love me,I had no option than to let them know the truth

I am actually mad at some people for not even asking before writing.When you hear something about someone,you call and ask.

I was surprised seeing a lot of false write-ups on me,putting my name in what I knew nothing about.I decided to keep mum.I was like,they should go ahead and write whatever they like.But on a second thought,I said,no.There are people out there who love me and they need to know.

That's the reason why I am here.

There is no atom of truth in what people have been saying.I felt bad initially but at the same time it did not affect me because it has nothing to do with me.

Tchidi is just my senior colleague I respect and work with. He is my friend.

When asked,what about the pregnancy and engagement ring rumour;Nuella said (Loud laughter) Pregnancy is not something you can cover.

Where is the pregnancy now? I don't know where all that came from please.