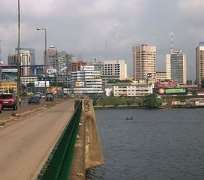 As African cities implode, leaders on the continent are intensifying efforts to address the challenges of urbanization. A forum bringing together Africa’s housing ministers was recently held in Nairobi, Kenya on 20 March 2012 under the auspices of the African Ministers Conference on Housing and Urban Development (AMCHUD). The 4th annual meeting focused on territorial planning and access to basic services for all. It also looked to integrate climate change issues for a smarter more sustainable urban development. In the last 7 years, the conference has allowed members to share ideas and discuss effective strategies in line with the “cities without slums” initiative that was originally adopted in 2005.

For some slum dwellers on the continent, it’s just talk. “I am only interested in being removed from here, to live in a more decent environment,” says Rachid Lashab, who lives in the Essekouila slum in Casablanca. “I am not interested in the many conferences that our leaders attend.”

Crowding and disease
According to estimates by UN-Habitat, 200 million people in sub-Saharan Africa were living in slums in 2010, or 61.7 per cent of the region’s urban population, the highest rate in the world. North Africa had another 12 million slum dwellers; that was just 13.3 per cent of its urban residents, the lowest rate in the developing world.

The lack of adequate sanitation, potable water and electricity, in addition to substandard housing and overcrowding, aggravates the spread of diseases and avoidable deaths, according to a recent report of the International Federation of Red Cross and Red Crescent Societies. Slums contribute to low life expectancy. In Mali, for example, more than 80 per cent of the population lacks good housing and average life expectancy is just 51 years, according to the UN Development Programme.

Mali’s situation reflects that of much of sub-Saharan Africa. Fofana Gakou Salamah, Mali’s former minister of housing, land affairs and planning, urged urgent measures from Africa’s housing ministers. “We must take decisive action,” she said. “Otherwise there is the risk of having an urban population [in Mali] of about 6 million souls still living in informal settlements by 2020,” or nearly twice the current number.

Jugurtha Ait El Hadj, an Algeria-based urban planner, believes that African ministers are on the right course. “Such meetings are especially helpful in that they allow exchange of experiences. But these meetings must be accompanied by concrete steps.”

There are many roadblocks to achieving the dream of cities without slums. Algerian Minister for Housing and Urban Development Nouredine Moussa noted that the expansion of cities in Africa limits the ability of national and local governments to provide security and supply basic social services in health, education, water and sanitation.

Climate change
In addition, notes Mr. El Hadj, climate change will interact with urbanization in unpredictable ways. In 2007 an assessment report of the Intergovernmental Panel on Climate Change, established by the World Meteorological Organization and the UN Environment Programme, warned that “urbanization and climate change may work synergistically to increase disease burdens.”

Slum dwellers also face harsh environmental challenges due to the low quality of construction materials used in buildings and slums, which are located mostly on marginal land. Many slums are vulnerable to accidental fires. In September 2011, for instance, more than 100 people were killed when a leaking petrol pipeline exploded in Mukuru wa Njenga, a densely populated Nairobi slum.

Individual countries’ differences in geography, climate, expertise and financial resources will influence efforts to implement any continent-wide urban development plan. In Rabat, the ministers suggested that these challenges can be tackled through effective collaboration and support from international partners, including the UN.

Steady progress
There is some good news. A 2010 UN-Habitat report found that countries such as Egypt, Libya and Morocco have “nearly halved their total number of urban slum dwellers, and Tunisia has eradicated them completely.” Ghana, Senegal and Uganda have also made steady progress, reducing their slum populations by up to 20 per cent. In Nigeria, the slum population came down from 75 per cent of all urban residents in 1990 to 61.9 per cent in 2010. In South Africa, the proportion dropped from 46.2 per cent to 28.7 per cent during the same period.

Morocco’s urban development model continues to draw a spotlight. In 2004 the government launched its own “cities without slums” programme, fashioning an urban development strategy to enable slum dwellers to have decent homes with access to water, power and sanitation. By 2011 about 100,000 new housing units had been created in different parts of the country. Overall, 37 of Morocco’s 83 cities have been transformed, a change that has benefitted more than 1.5 million people. These cities now boast streetlights, drainage systems, safe water, roads, sanitation and other infrastructure. The development of Bouregreg Valley (near Rabat) and other “green areas” are also notable.

Fathallah Oualalou, former Moroccan minister of housing and currently mayor of Rabat, linked the successful urbanization efforts to effective implementation of the road map developed in 2010 in Bamako, Mali, at the third conference of African housing ministers — making the point that such meetings can in fact be useful. The roadmap emphasizes efficiency in land management, sustainable housing, urban transportation and sanitation, among other issues.

Mr. Moussa, the Algerian housing minister, lists other keys to success. These include the efficient and equitable management of land, the enactment of appropriate land laws so that women and other vulnerable groups can have access, and improvements in social conditions in housing projects. The provision of schools, clinics, electricity and sanitation are important, says Mr. Moussa. “We can’t design a sustainable development plan without sustainable urbanization,” he argues. Urbanization should be controlled, he adds, and efforts should be made “to reduce inequality between the rich and the poor by offering basic services to all people.”

Written By By Kaci Racelma Rabat