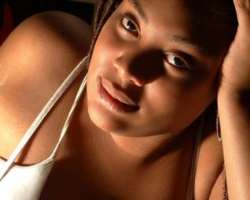 Christmas season abstinence can be a terribly depressing disposition. In fact, the festive season can be downright dull without the frivolous bursts of sex to eek me through the period of 'ho ho ho's'.

Since the year-end season marks the period of people lowering their handbrakes considerably, I anticipate a little bit of luck-be-a-lady-tonight over the next, um, coming weeks…

Something has been bothering me lately however, and requires some urgent attention. Although I have been unwittingly coined the ice queen at my lieu of work, and although I manage to communicate rather forthrightly with the opposite sex in most face-to-face situations, I find that this is often to my detriment.

Perhaps there's a small section of me that compensates for shyness. Although on the exterior I have it all together; yet sometimes communication when standing naked in front of a very sexual-able human being, often leaves me tongue-tied. Yes, even still.


The morning after?
Even after years of quasi-functional encounters of the first kind, there are moments when I wonder what the dickens to say to someone the morning after.

Now I do realise this is an affliction of the masses. People do get tongue-tied. Awaking entangled with a nubile body (and in likelier occasions, awaking to something resembling a flesh-coloured Barney), nevertheless leaves one with the urge to either scramble from the dwelling still pulling on the trousers that were discarded in a deluge of melon slammers the evening prior, or to mentally-prepare for ensuing polite conversation.

My issue lies with those I'm not trying to scramble away from.

If only the foregoing conversation was laced with pseudo-intellectualisms such as, "What did you think of the Kyoto Protocol?" or if less inclined a stab at "Have you read 'Shantaram'?"

That vacuous post-coital phrasemaking so evident after stumbling on a piece of human candy and liking what you see after the tequila goggles have been long discarded.

Instead of proving to these male specimen(s) that I have thought tissue atop my shoulders, I have instead, in the past, started morning after conversations with phrases so fetching, it's surprising I've got follow-up calls from these people altogether.

Putting my foot in my mouth
I once asked a guy, the morning after, "Say… do you have syphilis?" Make no mistake, I never engage in anything involving the swapping of sexual fluids without the protection of a condom, however I managed to spit that out for lack of anything else to say.

Another great fortitude was my ability to point out that I drool when I sleep. Something any man wants to experience first thing after a sleepover. "Look! A drool patch… at least I don't snore and stuff."

Why the need to blurt out the name of a sexually-transmitted disease or the fact that I salivate whilst I sleep is beyond me. For one, it's not ladylike. Perhaps it's an attempt to lighten the mood? Fail.

The moment these ridiculous sentences tumble from my mouth, I instantaneously paralyse and consciously steer the remainder of the evening towards the weather, Zimbabwe, and the latest chart toppers on Radio Highveld.

I blame my outbursts on nerves, for as confident as I may seem, or even feel, the general sentiment of these blithe statements is a clumsy effort to break the ice.

Laugh it off?
If the guy manages to laugh it off, and even appreciate it on some level, then I've found a potential. A potential 'let's-see-you-again-er'.

It's a good, but rather testy, gauge, in fact. It's shakier ground than, say, "So… tell me about your family?"

Asking someone whether they have syphilis, frankly and earnestly, is perhaps meant to shake things up a little too. If he stays, he's a keeper.

However, I could always follow the ever-sensible Bridget Jones and read up on Chechnya, before a Daniel Cleaver rips off my granny panties on the carpet. So instead of, "I need a pee", I can perhaps blurt out more appropriate and widely-acceptable "Isn't genocide terrible?"

It's concerning however, that none of my female friends seem to have this affliction.