Seven Things No One Tells You About Marriage 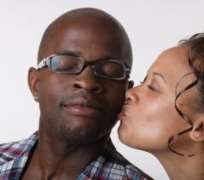 You're smart. You know life is no storybook. But admit it: Somewhere deep in your subconscious lurk romantic visions of Cinderella,

or maybe Julia Roberts. The images may be sketchy and a little outdated, but you can still make out the silhouette of the bride and

Prince Charming riding off into the sunset.
In real life, sometimes your Disney fairy tale ends up feeling more like a Wes Craven horror flick -- and you're the chick who

keeps falling down and screaming for her life. I've been there. Let's face it, marriage is not for the faint of heart. You want to

believe your pure love for each other will pull you through. And it does. But it ain't always pretty.

That may sound grim. But here's a secret: Sometimes it's the least romantic parts of marriage that have the most to teach you about

yourself, your partner, and the nature of love. Read on for some simple truths that will unlock the surprising treasures and

1. You will look at the person lying next to you and wonder, Is this it? Forever?

When you get married, you think that as long as you pick the right guy -- your soul mate -- you'll be happy together until death do

you part. Then you wake up one day and realize that no matter how great he is, he doesn't make you happy every moment of every day.

In fact, some days you might wonder why you were in such a hurry to get married in the first place. You think to yourself, "This is

so not what I signed up for."
Actually, it is. You just didn't realize it the day you and your guy were cramming wedding cake into each other's faces, clinking

champagne glasses, and dancing the Electric Slide. Back then you had no idea that "for better and for worse" doesn't kick in only

when life hands you a tragedy. Your relationship mettle is, in fact, most tested on a daily basis, when the utter sameness of

day-in/day-out togetherness can sometimes make you want to run for the hills. That's when the disappointment sneaks in, and maybe

even a palpable sense of loneliness and grief. It's not him. It's just you, letting go of that sugarcoated fantasy of marriage that

danced in your eyes the day you and your beloved posed in all those soft-focus wedding photos. You're learning that marriage isn't

a destination; it's a journey filled with equal parts excitement and tedium.

Waking up from a good dream to face the harsh morning daylight may not seem like a reason to celebrate. But trust me, it is.

Because once you let go of all the hokey stories of eternal bliss, you find that the reality of marriage is far richer and more

rewarding than you ever could have guessed. Hard, yes. Frustrating, yes. But full of its own powerful, quiet enchantments just the

same, and that's better than any fairy tale.
2. You'll work harder than you ever imagined.
Early on, when people say, "Marriage takes work," you assume "work" means being patient when he forgets to put down the toilet

seat. In your naivete, you think that you will struggle to accommodate some annoying habit, like persistent knuckle cracking or

flatulence.
If only it were that easy. Human beings, you may have noticed, are not simple creatures. Your man has mysterious, unplumbed depths

-- and from where he sits, you're pretty complicated, too. You have to learn each other the same way that you once learned earth

science or world geography. And getting married doesn't mean you're done -- it just means you've advanced to graduate-level

studies. That's because every time you think you've mastered the material, he'll change a bit. And so will you. As two people grow

and evolve, the real work of marriage is finding a way to relate to and nurture each other in the process.

"It's like losing weight," says Andrea Harden, 45, of Buffalo, NY. "You want it to be a one-time deal. You lost it, now just live.

But then you learn it's a lifestyle. That's marriage. The effort is a forever thing." So don't be too hard on yourself -- or him --

on those days when you feel like you're struggling through remedial math.

3. You will sometimes go to bed mad (and maybe even wake up madder).

fly as one spouse talks the other into a woozy stupor until night meets the dawn. If this scenario sounds familiar, I've got three

words for you: Sleep on it.
You need to calm down. You need to gain perspective. You need to just give it a rest. I've found that an argument of any quality,

like a fine wine, needs to breathe. A break in the action will help you figure out whether you're angry, hurt, or both, and then

pinpoint the exact source. Maybe the fight that seemed to erupt over the overflowing garbage can is really about feeling

underappreciated. Could be you're both stressed out at work and just needed to unload on someone. Taking a break will help you see

that, and let go. Or maybe you really do have a legitimate disagreement to work out. Without a time-out, sometimes a perfectly good

argument can turn into an endless round of silly back-and-forth, rehashing old and irrelevant transgressions as you get more and

more wound up.
Even when you do manage to stay focused and on topic, there are some fights that stubbornly refuse to die by bedtime. And if you

stifle your real feelings just to meet some arbitrary deadline, your marriage will surely be the worse for it. "This was a huge

lesson for me," says Andrea. "As women we've been trained to make nice. But the whole kiss-and-make-up thing just to keep the peace

was eating me up inside. I'd let things build up inside me until I just exploded. Now I wait a while to get hold of myself -- let

the emotions settle a bit -- and state my position. Even if that means reopening the fight the next day."

4. Getting your way is usually not as important as finding a way to work together.

I can be a bit of a know-it-all. There, I said it. It's really not my intention to be hurtful or brash with people I love. It's

just that a lifetime of experience has taught me that in most areas, at most times, I am right about most things. What shocked me

several years into my marriage, though, was the realization that the more "right" I was, the more discontented my husband and I

were as a couple. See, oddly enough, throughout his life Genoveso has been under the misguided impression that he's right most of

the time (go figure!). So we'd lock horns -- often. That is, until I learned a few things.

Namely, that when it comes to certain disagreements, there is no right or wrong -- there is simply your way of looking at things

and your husband's. "I used to be very black-and-white earlier in our marriage," says Lindy Vincent, 38, who lives in Minneapolis.

"Now I see that I'm not all right and my husband is not all wrong. There's more gray in life than I thought, and that's taught me

patience and the value of compromise."
5. A great marriage doesn't mean no conflict; it simply means a couple keeps trying to get it right.

Maybe you think that because of my newfound wisdom, Genoveso and I never fight anymore. Ha! As important as it is to strike a

balance, it's also important to have a big, fat fight every now and then. Because when you fight, you don't just raise your voices;

you raise real -- sometimes buried -- issues that challenge you to come to a clearer understanding of you, your man, and your

relationship. I wouldn't give up our fights for anything in the world, because I know in the end they won't break us; they'll only

make us stronger.
6. You'll realize that you can only change yourself.

Ever seen the '80s sci-fi cult classic "Making Mr. Right?" When the stylish heroine, played by Ann Magnuson, is hired to teach a

robot how to act like a human, she seizes the chance to create a perfect guy. A hotshot commercial whiz, she uses her marketing

prowess to shape John Malkovich's android character into her personal version of the ideal man -- sensitive, eager to please, and

willing to listen.
There is a bit of that makeover fantasy in all of us -- something that makes us believe we can change the person we love, make him

just a little bit closer to perfect. We may use support and empathy or shouts and ultimatums, but with dogged conviction we take on

Whatever our motives, the effort is exhausting. Transforming a full-grown man -- stripping him of decades-old habits, beliefs, and

idiosyncrasies -- is truly an impossible task. And you will come to realize, sooner than later if you're lucky, that it is far

easier to change the way you respond to him.
7. As you face your fears and insecurities, you will find out what you're really made of.

There were clues when Genoveso and I were dating, especially with the trust thing. Early on, I was supersuspicious of him. He used

couldn't figure out what. The same kinds of experiences followed after the wedding. Except occasionally he would actually mess up.

And I had no sense of scale when it came to rating his offenses; everything was a major violation. Whether he teased me about a new

haircut or came home late, I seethed for days and even let thoughts of divorce creep into my head. I figured, if he loved me --

really and truly -- this stuff wouldn't happen.
I'd like to be able to say that this irrational behavior lasted only a few months and I eventually worked it out. Kind of, sort of,

is closer to the truth. After years of looking deeply into my soul and talking to good friends and the best sister a girl could

ever have, I've come to recognize certain things about myself. Not to get all Dr. Phil about it, but I've had to examine my history

with an emotionally distant dad and a strong-willed mom and face up to all the ways, both good and bad, that those relationships

have affected how I approach my marriage.
That's the strange beauty of marriage: It's full of hard times and hard lessons that no one can ever prepare you for. But in the

end, those are the things that give richness to your life together -- and make your love even deeper and stronger than when it