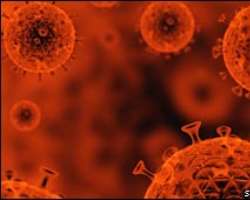 One of the first attempts to use gene therapy to treat HIV has produced promising results in clinical trials.

When the therapy was tested on 74 patients, it was shown to be safe and appeared to reduce the effect of the virus on the immune system.

In theory, one treatment should be enough to replace the need for a lifetime of antiretroviral therapy.

The study, by the University of California, Los Angeles, appears in the journal Nature Medicine.

However, it must be taken on a daily basis, there is a risk of adverse reactions and the virus - which has an astonishing capacity to evolve rapidly - is starting to develop resistance to the drugs.

Therefore, new ways to combat the virus are badly needed.

The patients in the trial either received the therapy, or a dummy treatment.

After 48 weeks the researchers found there was no statistically significant difference in the amount of HIV circulating in the blood of the two groups of patients.

However, after 100 weeks the patients who received the gene therapy had higher levels of CD4+ cells - the key cells of the immune system which are specifically destroyed by HIV.

Lead researcher, Professor Ronald Mitsuyasu, said the research was the first to come through tightly controlled trials in which patients did not know whether they were getting the therapy or the placebo.

He said: "Gene therapy has the potential of needing only a one-time or infrequent administration of product and would allow the patients to control their own HIV internally without the need for continuous drug therapy.

"While this treatment is far from being perfected, it is not yet as effective or as complete as current antiretroviral therapy in controlling HIV, the study did show proof of concept that inserting and administering a single anti-HIV gene in the patients' own blood stem cells and giving it back to them could reduce viral replication to some degree when anti-HIV medications are stopped."

However, Professor Mitsuyasu said long-term follow up was needed to ensure the therapy was safe.

'Exciting' area
Jo Robinson, of the HIV charity Terrence Higgins Trust, said: "Gene therapy is an exciting area which aims to create a one off treatment for HIV, avoiding the need for people to take daily medication.

"However, it's a very complex area and early days in research terms so we're a long way from something like this being on the market.

"This particular trial proved safe and has shown some promising results which definitely warrant further investigation.

"Some people find their HIV becomes resistant to current treatments over time so it's essential that we invest in researching potential new approaches like this."

Keith Alcorn, of the HIV information service NAM, said: "The viral load responses in this study were very modest, and for any other sort of product would not justify going forward.

"However, the researchers have shown enough of an effect for us to be hopeful that a gene therapy approach to HIV treatment might eventually deliver effective treatments for the disease."