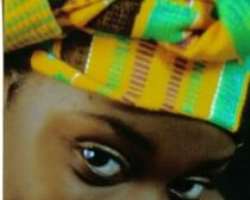 Sunday, 04 January 2009 21:45
Jackie Agyemang made her first onscreen appearance on the popular TV series Things We Do for Love, and not only were we smitten, we practically fell head over heels with her sweet and adorable character.

SEXINESS
Jackie Agyemang is the epitome of a true African Beauty. With that pretty face and dazzling smile, it's no surprise she has amassed such devoted fans.

BIOGRAPHY
Jackie Appiah Agyemang was born on December 5, 1983 in Canada but moved back to Ghana along with her parents in 1993. Jackie who was a runner up at the Talent Teens Competition started acting at the age of 12 in her local church group. Their performances mostly demonstrated the Christian way of addressing and approaching the public. However, her professional acting career began when she was cast as Enyonam Blagogee in the TV series Things We Do for Love.

Following her onscreen debut Jackie went on to create a successful acting career including starring in the smash hit movie Beyoncé alongside prominent Ghanaian actors Van Vicker and Nadia Buari, quickly establishing herself as an A lister. Jackie's face has graced many billboards and magazines. Jackie has also cashed in on her A list status as she has endorsed many products and was the spokes person for AID/HIV awareness campaign in Ghana. She has won numerous awards, including a prestigious Africa Movie Academy Awards (AMAA) for best supporting actress in 2007. Jackie hopes to study Entertainment Law or Media Law.

PERSONAL LIFE
Jackie married Peter Agyemang in 2005. The couple have a son, Damien.

QUOTES:
"My husband has absolutely no problems with the roles I play in movies. Indeed, I bring all my scripts home for us to discuss before I get on set, so it is not as if he does not know what I am going to do in the movies."-Jackie Agyemang

"Am happy to be a mother, having him was the happiest moment in my life.”-Jackie Agyemang