Should your wife have guy-friends? 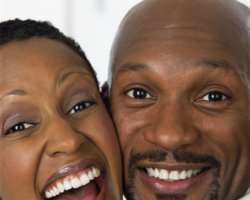 Psychologist says honest discussions with your spouse and their friend can help make the relationships work.
Listen to article

When Suzanne Babb, a 34-year-old professional organizer from Gilbert, Arizona, is having a bad hair day, she does what many women do. She calls her best friend.

I'll be crying my eyes out and will say, 'I'm fat and ugly, and I don't have a boyfriend,'" she says. "Then Eric will come over and tell me I'm pretty, and we'll watch '300.' It's like having all the benefits of a really great husband -- without having to do the laundry."

Babb is one of many adults whose platonic friendship contradicts the old "When Harry Met Sally" maxim about sex always getting in the way of men and women being buddies. Though they have been close since high school, Babb says she and Eric have never even kissed.

"It would be like kissing my brother," she says. "Ewwwww."

The 'Harry Met Sally' myth
Although opposite-sex friends inevitably hook up in movies and on TV (Chandler and Monica, anyone?), many people think that it is possible to be platonic pals.

Some 83 percent of the people surveyed think that cross-gender friendships can and do exist, according to a 2001 Match.com poll of more than 1,500 members. And a 2006 study by Canada's Public Health Agency of nearly 10,000 Canadian children shows that they often start early, with 65 percent of boys and 60 percent of girls declaring three or more close opposite-sex friends by grade 10.

"I was looking for early teen action, and she snubbed me," he says. "So we became friends -- for 35 years."

Although Shore says his friendship with Andrea has never caused waves with his wife, there have been squalls in the past.

"Before I was married, I had a girlfriend who was unhinged by my friendship with Andrea," he says." Some people can't understand how there can be a relationship without sexual tension."

Two's company
Jealousy over an opposite-sex friendship can be the result of projection, says Dr. Bonnie Jacobson, a New York City clinical psychologist and author of "Love Triangles: Seven Steps to Break the Secret Ties That Poison Love."

"People project onto another person something they would do," Jacobson says. "If Tom says to Sally, 'I don't want you to hang out with Harry,' it's very likely Tom feels he would violate that boundary [if he were in the same situation], so he imagines his wife will, too."

Babb says her first husband was so threatened by her friendship with Eric, he forbade her seeing him for nine years. After their marriage broke up, she and Eric not only renewed their friendship, they became roommates.

Then Babb fell in love again and decided to get married a second time.

"I told my fiancé that Eric was my best friend, and he was perfectly fine with that," she says. "But after we got married, it was like this little switch went off. He decided my friendship with Eric was a slap in the face and told me, 'Get rid of him or I'm out of here.' So I said, 'OK, you're out of here.' Our marriage lasted less than a year."

Sometimes, the opposite happens.
Erica Rabhan, a 26-year-old public-relations professional from Atlanta, says she's become very close with her husband's gal pal, Tamar, whom he met in grade school.

"Some of my friends don't understand, but it makes me happy that he has someone else that supports him and stands by him," Rabhan says. "Now [Tamar and I] will get on the phone and gab for hours."

"I love my girlfriends, but I've always been closer to guys," she says. "With women, I feel more judged. Do I look pretty enough? Does my outfit match? With a guy, it's much more relaxed."

And there are fringe benefits, such as valuable insights into the male mind.

"My friend Marshal is great about explaining the man's perspective and giving me suggestions whenever I have a conflict with my husband," Sabatini says. "That's been really useful."

Problems can arise when one friend wants more out of the relationship.

Valerie Faltas, a 29-year-old property-tax expert from Pasadena, California, says her friendship with a man she met in February was perfect -- until something happened.

"When we first met, I wasn't attracted to him at all, but we had such a natural connection that we became really close," she says. "And then one day it hit me: I was in love."

When Faltas came clean about her feelings, things fell apart.

"I acknowledged the elephant in the room, and he totally freaked out," she says. "He completely checked out of the friendship."

Keeping the peace
Balancing friends and lovers? Here are some tips for success:

• Don't make ultimatums. "Trying to control another person's behavior never works," Jacobson says. "Try to understand the friendship, and what it's all about."

• Be honest. "Never lie about the time you spend with your friend," Sabatini says. "If you don't feel comfortable telling your husband you're going to hang out, then maybe he has a reason to worry."

• Socialize as a group. "Spend time with both your significant other and your friend," Sabatini says. "And acknowledge your love for your spouse in front of your friend."

• Set boundaries. "If you feel the friend is crossing a line, say something," Rabhan says. "Open communication with your significant other is crucial."

• If you feel threatened, be honest about it. "Talk to both your significant other and their friend face-to-face," Jacobson says. "Tell them you feel left out. Don't be accusatory or yell, just be open and honest."

• Think positive. "As long as everybody's on the same page, opposite-sex friends can be fantastic for a couple," Jacobson says. "If you make your relationship too exclusive, it can become claustrophobic. I'm sure plenty of husbands would love another man to take his wife shopping or to the movies. It's less pressure on him."