Dating -- what NOT to say when 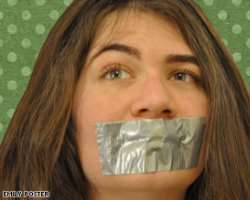 There are many things you should NOT talk about on the first few dates.
Listen to article

Between the Internet, blogging, and social networking, the concept of courtship can seem pretty antiquated. Depending on how Web-present you are, with the push of a button a guy could potentially access everything from your videotaped colonic to your SAT scores to mortifying details of your most recent heartbreak. All this before you've even met him in real life.

Once, I was regaling a new date with a funny story -- only to have him interrupt and finish it for me. It wasn't a case of sudden onset Alzheimer's. I'd never met him before. He'd Googled me and read a piece I'd written that contained the anecdote. I was busted for plagiarizing my own material.

With any luck, your online presence isn't as loud and embarrassing as mine. Still, living in a post-privacy world begs the question: How much information is too much information? Negotiating the privacy line becomes especially crucial when dating someone new.

So here are some guidelines for what to reveal and what to leave unspoken. For now, anyway.

One-to-three dates: Unless you suddenly burst into tears over appetizers, he doesn't need to know that your last boyfriend cheated on you with your sister. (And if you're still bursting into tears, you probably shouldn't be dating.) Ditto your struggle with eating disorders, your family's predisposition to certain kinds of cancers, or your puppy's gnarly digestive issues.

Think of yourself as a director for the first few dates and cast him in the role of aspiring ingénue. He needs to impress you. Ask questions. Listen to his answers.

The added bonus? The less you talk about yourself and the more questions you ask about them, the more intelligent men will think you are. Which is ridiculous. And hilarious. Also? True.

Two-to-three weeks: Unless you two are keeping things very casual, if he's been around for a few weeks, you're probably thinking that he has keeper potential. This is where you can let yourself be a little more vulnerable -- but don't give away the farm! -- and see how he reacts. If a guy is going to freak out because your Uncle Marco is serving a life sentence, now's the time to find out. Before you get too attached.

However, don't jump the gun and start dropping L-bombs or giving him your ovulation schedule. Though it might feel like you've known him forever, you haven't. And you might not want to. Take it slow.

Three-to-six months: If you're a permanent-minded lady (and not all of us are, so if you're not, please disregard), this would be the time when you figure out whether or not he's h-h-h-husband material. Meaning, he doesn't bug the crap out of you. After a few months, you've seen each other through a minor crisis or two. You've heard him fart. He's seen you sick, runny-nosed and snotty, and he still thinks you're cute.