Is your mother-in-law your rival? 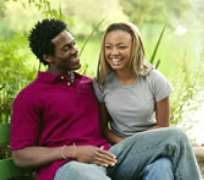 One of the major causes of conflicts in marriage is the influence some parents have on their children. Some in-laws interfere in the marriages of their children, thinking that they are demonstrating love and care when, in fact, they do not allow couples privacy to mature their marriages.

Some couples resist this interference and set up a rivalry. In Akan, it is common for a wife to refer to her mother-in-law as 'ase korafo' or one who doubles as an in-law and rival.

Who is an in-law?
An in-law is a relative of a spouse, including parents, brothers and sisters. However, by Ghanaian culture and tradition, everybody belongs to an extended family system or 'abusua'. Any member of an 'abusua', such as your spouse's brothers, uncle, parents, etc is an in-law.

In fact, sometimes anyone from your spouse's home town or clan is an in-law. In some cases, anyone who trained or sponsored a spouse or a close companion of a spouse may expect to be treated as an in-law.

Children carry their parents' genes and they are joined to the parents for life. We are also born into an extended family or 'abusua' for life, while a spouse is seen as mere stranger. Some children continue to seek security and comfort even after their marriage.

A spouse who sees herself as one flesh feels more important and resists the emotional ties of a spouse to his parents. The two women fight for the same man who has two places in his heart for them.

It is a fact that even though a father could be a problem to his child's marriage, most in-law problems are basically feminine between a wife and the mother of her husband. One reason is that unlike a man, a woman sees problems in greater detail and has greater problems getting rid of them.

A woman also sees anything that is important to her as an intimate part of herself and does everything to control it. If she is divorced, widowed or in a bad marriage, her grip over a son becomes stronger because she transfers her emotional ties to her son. That is when some women believe their husbands are married in spirit to their mothers.

Some parents demand direct access and help because they see their children as investments. If a mother does not get the assistance she expects, she sees the wife of her son as leeching her son, even if the wife is self-sufficient and foots most of the bills in the house.

Some wives feel insecure and inadequate in marriage. The parents of her husband may not approve of the marriage and at the same time the man has an excessive attachment to her parents. The wife develops the feeling of competition to fight back, especially if she can't handle the feeling to impress her in-laws.

Appreciate the concern of your in-laws.
They are genuinely interested in your marriage and, by tradition, they must perform the role of a watch dog. Acknowledge your in-laws. Husband and wife must present a united front to resist any attempt by parents to interfere in their marriage.

Make an effort to know more about your in-laws and what they see as good in marriage. Forge a personal bond with them. Treat them as your own parents and always say something kind about them. Show interest in everything they do and let them know that you are impressed with what they do.

Respect and honour them, even if you do not like what they do. Accept the woman's criticism as her way of seeing things but never confront an in-law. Allow your man to handle delicate issues.

Discuss who comes to visit and for how long. Invite your in-laws when you are prepared before they invite themselves in during your difficult moments. In-law visits must be short. Give her space to make her comfortable and do a few things in the home but do not let her take over your home.

Never quarrel before your in-laws.

Instead, make them feel you are taking good care of their child. It is also advisable you visit your parents with your/spouse. If you have to visit alone, send a gift in the name of your spouse. It shows concern and kindness.

Couples must give joint assistance to in-laws. Do not suddenly withdraw assistance to your parents. They will assume that your spouse is behind it. Visit each other's parents. If one has to visit alone, one can send a gift on behalf of one's spouse.

An in-law relationship can be an important indicator and ultimate success of your marriage because unhappiness with an in-law leads to decreased marital success. Excessive involvement or detachment of in-laws can put pressure on your marriage. Sharing a good relationship with in-laws is difficult but vital.

Your in-law can be tremendous support to your marriage. Maintain a good balance between your spouse and in-laws to enjoy the beauty of love in your marriage and your extended family system.