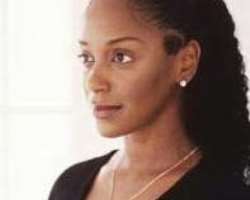 "I want my real wife back," laments the soon-to-be first-time father. "The woman who claims to be her is a huge, unfathomable stranger with the emotional stability of a gallon of jet fuel at an arsonists' convention."

Let's be honest, most guys struggle to make sense of women at the best of times. When they fall pregnant, however, we have absolutely no clue. We don't know what to expect, we don't know how dramatically it will affect our partner and we don't know what we can, should and shouldn't do to help make the experience more enjoyable.

I remember being pretty clueless when my wife, Samantha, was pregnant with our first child, Josef.

I kind of muddled through the process, learning as I went along. I ended up doing a moderately acceptable job of it, but I realise now that I could have been so much better if I'd had more idea of exactly what was expected of me from the beginning.

In the spirit of improving future daddy/pregnant partner relations, I asked some mothers and currently pregnant women what it was they really needed, wanted and expected from their partners while they were pregnant.

Attention please
"I wanted my man to notice when I first started showing," says Lauren. "I wanted him to be aware of the incredible things that were happening to me."

This is one of the most amazing periods in your life and it is imperative that you make your partner and the pregnancy the number one priority. I, of course, became obsessed with organic gardening during Sam's second pregnancy – not a good idea, as she still reminds me.

Jennifer shares an instructive anecdote from the day she gave birth. "My partner was thrilled that there was a cricket Test match being played Down Under at the time, since this meant that he and the doctors could pop off downstairs every now and then to check it out. I didn't mind them leaving me in the care of the midwives and they made sure they were there for the critical bits. I did, however, find it a tad annoying that they kept trying to keep me up with the score. Lesson: when your wife is in labour, she does not care about cricket, rugby or any other sport."

Let your partner see that you share her excitement and enthusiasm for the whole process. For Maria it was "great to have a partner who gets involved in conversations as to birthing options and names for the baby and who buys pregnancy and baby mags and books, and then actually reads them, too!"

Think ahead
Mother-of-two Nina points out that most men "struggle to relate to the huge amount of forward planning that is part of a pregnancy".

You can easily lighten her load by making sure that everything is in place when mom and baby arrive at home from hospital.

Draw up a list of things that need to be done and bought. Do not, under any circumstances, leave any building alterations too late. Renovations during pregnancy should only ever be attempted by the very bold.

If she normally does most of the household work, make things easier for her by taking over shopping duties and liaising with service providers — hormonally supercharged pregnant women are a health risk for never-on-time electricians and plumbers.

Take the initiative, but don't take over the process completely. Her decision-making faculties may be somewhat impaired, but she will want to know what's going on, feeling powerless enough about her situation as it is.

Offer sympathy
Without fail, the women I spoke to mentioned understanding and sympathy for the incredible physical changes they were going through and for how tough it is to be pregnant as a major requirement from their partners.

According to Tertia Albertyn, who shares many of her experiences on her blog www.tertia.org, "I am sure men think we make up this morning sickness stuff. We don't. It feels like the worst kind of hangover, without the good times. I want sympathy. I want my husband to say 'shame babe, it must be really tough for you. You are my hero. Here, have a chocolate and go lie down'."

"I think he never got the fact that pregnancy actually physically incapacitates a woman to a certain extent," says Nina.

"It seemed to come as a bit of a surprise that I could no longer lift a 10 kilogram canister of gas or bound up a flight of stairs as before."

It's impossible for a man to truly understand what it feels like to basically lose control of your body and have it turned into an incubator for nine months, but a constant supply of compassion will make her feel that you are in this as a couple.

And then there are the hormones… Maria, who is currently pregnant, comments that, "they take your body, mind and personality hostage. You go from being a calm, patient and tolerant person to someone who would put an Al-Qaeda operative to shame. So when your usually placid wife explodes at you in a shopping centre for some arbitrary comment you have just made, please just take a deep breath and let it go.

"Realise that it is the emotional overload of having just seen the baby's heartbeat at your first scan, coupled with low blood sugar from not having eaten for the past half hour, and just allow her the space to express her feelings without attempting to convert her back into the rational being she once was just yet. I also hope that she will return once the pregnancy is over, because I miss her, too!" The watchwords are patience, tolerance and latitude — in generous quantities.

Body beautiful
"It's pretty hard to see your usual body go out the window only to be replaced by a lumpier, wobblier super-sized version," says Maria.

It comes as little surprise that reassurance about their body and attractiveness is another necessity high on the wish list of just about every pregnant woman.

"We need reassurance that we are still attractive and that our partner still finds us ravishingly gorgeous while pregnant and will continue to do so once the baby is born," says Marina.

"Reassurance that this pregnancy and baby enhance your inner and outer beauty and the love you feel for each other. Yes, I know it's all a bit Mills-and-Boonish, but in the midst of my pregnancy, larger-than-life accounts of epic love were much appreciated.

"I think there is often a fear that with motherhood will come a reduction in our sexuality and sexual attractiveness. Society contributes to that by polarising motherhood and sexuality as being somehow at odds or at opposite ends of a spectrum."

Let her know just how sexy you find her voluptuous body. It'll make her more at ease and no doubt help your sex life during pregnancy.

Food for thought
This is an obvious no-brainer, but bears reiterating to all those men used to pre-pregnant partners who struggle to finish a small bowl of salad at dinner — pregnant women get ravenous.

Here is Maria on the subject. "When I say 'I need to eat', it doesn't mean in half an hour, or when it's convenient, or after we've been to yet another auto store to look for some engine part you need. It means change the direction of the car and take me straight to food — do not pass 'Go' and do not collect R200. The phrase 'I need the toilet' is similar in its urgency."

Be there
Being pregnant can be a very frightening time for a woman, especially the first time around. You need to let her know that you'll be there beside her every step of the way. Go to the ante-natal classes and make sure you accompany her to all of her gynae visits — take half a day off work if necessary. She will appreciate your support and you might learn a couple of things along the way.

Be on her side when it comes to making decisions. Many pregnant women share a deep desire for the rest of the world to butt out of their pregnancy choices from Caesareans to epidurals and they need to be sure that their partner is supportive of those choices.

It's often also important to keep the extended family at bay during a pregnancy. Dear Aunt Claire will just have to understand that she can't just simply pop in for a cuppa at no notice — and you'll have to be the one who tactfully educates her in such matters.

Having said that, as important as cocooning in a peaceful home is for most pregnant women, being totally cut-off from the outside world will inevitably lead to major bouts of cabin fever.

Balance is the key and it's often a balance between seemingly contradictory requirements that will seem impossible to find at times. If all else fails, ask her.

Hone your massaging skills — most pregnant women would kill for a pain-relieving foot rub or back massage.

Stock your car and house with her favourite snacks and impress her by always having something at hand when the craving hits.

Invest in quality bath bubbles. Make her a soothing tubful whenever she looks about to blow.

Keep her supplied with books, magazines and DVDs to stem the boredom, especially once she becomes less mobile.

Bring home a bunch of flowers for no other reason than the fact that you love her.

Plan a romantic weekend getaway for the second trimester, when she'll hopefully be over morning sickness.

Make sure you have a working heater (in summer) and fan (in winter).

Leave unexpected 'I Love You' notes, even if she's not normally the cheesy type.