Stress hormone 'a marker for ME' 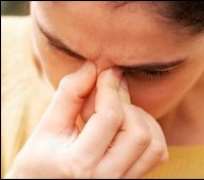 These children if exposed to trauma, particularly emotional maltreatment and sexual abuse, had a six-fold increased risk for CFS, evidence shows.

Cortisol regulates the body's response to stress and a lack may hinder this coping mechanism, say the US authors.

Their work is published in the journal Archives of General Psychiatry.

Myalgic encephalomyelitis (ME), or CFS, causes long-term - and in some cases debilitating - tiredness which is not relieved by rest or sleep.

It is estimated that 250,000 people in the UK have the condition.

The authors of the latest study recruited 113 people with CFS and 124 other people without CFS as a control from a population of nearly 20,000 adults living in Georgia, the US.

The study participants were asked to complete a questionnaire on five different types of childhood trauma including emotional, physical and sexual abuse, and emotional and physical neglect.

They also gave saliva samples to record levels of cortisol over one hour after awakening, typically an individual's highest cortisol level for the day.

Only the individuals with CFS and a history of childhood trauma had lower than normal cortisol levels, however.

Early stress
Experts know that certain experiences children have while the brain is developing and vulnerable can make a difference in the way the body reacts to stress later in life.

This may have long-term health consequences, including CFS, said lead researcher Christine Heim of Emory University School of Medicine.

"The study indicates that low cortisol levels may actually reflect a marker for the risk of developing CFS rather than being a sign of the syndrome itself.

"Trauma that occurs at different times in childhood may be linked to different long term changes. It's an area in which more work is needed."

Sir Peter Spencer, CEO of Action for ME, said: "Childhood trauma has been linked to a higher incidence of all kinds of medical problems over the years and ME is no exception - but it is important to make one thing crystal clear. A diagnosis of ME does not mean that a patient has been mistreated or had a bad childhood.

"ME may be triggered by a wide range of factors including glandular fever, chickenpox, shingles, viral meningitis, gastroenteritis, salmonella and Lyme disease. The main conclusion that I draw from this rather limited study is the urgent need for much more biomedical research into the causes, risk factors and development of this very distressing illness."