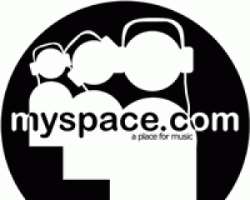 More than half of teenagers mention risky behaviors such as sex and drugs on their MySpace accounts, U.S. researchers said on Monday.

They said many young people who use social networking sites such as News Corp's MySpace do not realize how public they are and may be opening themselves to risks, but the sites may also offer a new way to identify and help troubled teens.

"We found the majority of teenagers who have a MySpace account are displaying risky behaviors in a public way that is accessible to a general audience," said Dr. Dimitri Christakis of Seattle Children's Research Institute, whose studies appear in the journal Archives of Pediatric & Adolescent Medicine.

In one of two studies, Christakis and Dr. Megan Moreno of the University of Wisconsin analyzed 500 randomly chosen MySpace profiles of 18-year-olds in 2007.

Christakis said many teens are unaware of how public and permanent Internet information can be, while parents often do not know what their kids are up to.

"No one says, "Whoa! Why are you putting that up there?'" Christakis said.

In a second study, the researchers identified 190 individuals aged 18 to 20 whose MySpace accounts displayed multiple risky behaviors. Half were sent a message from "Dr. Meg" from Dr. Moreno's MySpace profile.

The message warned about the risks of disclosing personal details online and offered a link to a site with information about testing for sexually transmitted diseases.

Three months after this single message, many of the young people had withdrawn references to sex and substance abuse and tightened security controls.

"It really provides the opportunity to reach millions of potential at-risk teens and try to modify their behaviors or at least prevent them from disclosing them to the entire world," Christakis said in a telephone interview.

The e-mail was most effective at curtailing references to sex, with 13.7 percent of profiles in the group that received the warning deleting all references, compared with 5.3 percent of those who were not sent the message.

Christakis said displaying sexual information online can expose a teen to advances from sexual predators. Employers and universities may also check those sites.