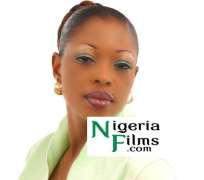 Some weeks ago, Nollywoodgists.com broke the story that top Yoruba actress, Folashade Omoniyi, who is well known as Lepa Shandy, has a child for his new Dublin based lover, Dayo David Adewale.

Nollywoodgists.com can now also exclusively report to you that the once skinny actress, who relocated to Dublin after her failed marriage some years ago, has now secretly married Dayo in Dublin.

We learnt that Shade and Dayo, who is from Ogun State, got married some weeks ago.

You will recall that Shade has already bore Dayo a child, which she left in care of her in-law in Dublin, while she visited Nigeria last recently.

She was spotted in Lagos at the 60th birthday celebration of former Lagos State governor, Bola Tinubu in Lagos.

Lepa Shandy breezed through the movie industry through movie marketer, Bayo Adewusi, who is also known as Bayowa.