Why The Dread of Locks? 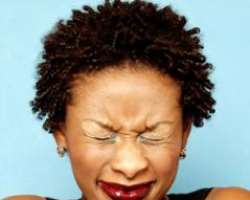 When asked of their reason for locking, many African Americans explain their decision as an expression of cultural pride, or an embracing of their African ancestry. It is ironic then, that many Africans (in Africa and the Diaspora) still have a very negative, if not ignorant, perception of dreadlocks, and of those who choose this style of hair. Without a doubt, the subject of dreadlocks in African communities is an especially touchy one. While the basis for the often hostile response to locks is debatable, the negative perception is nonetheless pervasive.

Many non-African blacks are surprised to learn that in such West African countries as Nigeria, dreadlocks are usually associated with madness, dirtiness, or homelessness. The mention of dreadlocks brings to mind the mad man with unforgivably nappy hair, wildly wandering the streets in tattered and stained clothing, scratching his armpits, and yelling at invisible passersby. I have several African friends, men and women, whose parents have promised disownment, should their child decide to do the unthinkable. The issue truly is that deep.

As someone who decided to lock a little over a year ago, I keep in my mind's corner, amusing stories of African family friends who inquired of when I would get a relaxer, or return to the more palatable afro. “Ah! Why did you do that to your head, heh?” Interestingly, by the time I began my spiritual journey, my Mother had already been familiarized with locks through my brother who started his several years earlier. Given my Mother's former not-so-positive perception of locks, I admit surprise at how well she seemed to accept my decision.. There were no well-prepared recitations of the taboo nature of my choice, or the damning stares I would receive at Nigerian social gatherings. Perhaps it was less a matter of acceptance, and more, resignation. After all, I am my Mother's child; well grounded and determined to do as I will. Or maybe she decided she liked the way my short twists cutely accentuated my unmistakably African features! “Abi?”

But it seems times are changing—at least with the generation of African twenty-somethings. An increasing number of African sisters are not only choosing natural hairstyles over relaxers, and weaves, many are opting to lock their mane. This change may be attributable to the growing number of young Africans that are foreign-born.. Like their Western brothers and sisters, they are embracing the rebirth of their natural beauty— possibly as a consequence of the resurgence of Black Nationalism abroad, and in Africa. If left in its natural state, our hair would mat together, naturally forming locked hair. So, locks are a celebration of the original self.. Some also explain the decision to lock as based on the sense of spiritual awakening and inner peace that many lock-heads experience early on in the journey. Still, others just like the suede-like look and feel of matted hair—no more or less!

Despite a gradually shifting view of locks, among young African women, many of those who embrace au natural hair, are not willing to go as far as “dreading” or locking. Something about locks just seems too permanent, and glaring. And in truth, the fear of the critical eyes of African family and friends still lurks.

Given that identification with African ancestry is an important reason for many non-African blacks' decision to lock, it is important to acknowledge the African origins of this hair. The glorious locks of the Mau Mau of Kenya, and ancient Egyptian royalty are often cited as evidence that dreadlocks in fact originated in Africa. It is explained that the Mau Mau wore locks to intimidate the unwelcome white colonizers—a symbolic act of strength and resistance. More importantly though, because African hair that is unmanipulated will eventually mat, locking is an expression of naturally being—an African. Thus, I think the identification with Africanness goes beyond the ancestral. A head full of locks are defiant, strong, and noticed—like the African, modern or ancient.

As an afrocentric African (no, the two are not synonymous), my decision to lock is for me, the ultimate expression of self- acceptance, and spiritual connectedness. The texture of my hair says that I am black, African. In its rawest state, my hair reminds me that I am quite comfortable with expressing a beauty that is as unique as each strand of lock that drapes my head. My hair is a confrontation of any beauty notion that claims my hair must be straight, permed, or weaved to be rightfully acknowledged—an ideal of beauty that dictates I must be anything but natural. And most defining of what my locks mean to me: the naturalness of my hair washes a natural state of being into my whole spirit. So, no. There is no dread in my locks—but perhaps in the minds of those who have something to fear!