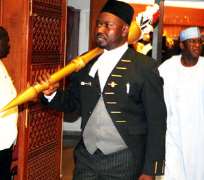 BY CLIFFORD NDUJIHE
THIS week promises to be a decisive one for the Federal Road Safety Commission (FRSC) and Nigerians, especially those owning unnumbered vehicles as the National Assembly beams  its searchlight on the controversial new vehicle number plates.

Between today and next  week the country may witness touchy sessions at both chambers of the federal legislature as the lawmakers hold public hearing on the controversial issue of the design, production and marketing of vehicle plate numbers, by the FRSC.

The stage for this week's hearing was set recently when the lawmakers barred the commission from further production of the new vehicle  plates. The lawmakers hinged their order on the economic hardship the new price regime of the vehicle plates was imposing on the citizenry.

Mixed reactions trail ban
The legislators' decision elicited mixed reactions from the polity. Aside the high cost, those who opposed the measure said new vehicle plates were not one of the major problems plaguing the country.

Some wondered how the move would help reduce accidents and ensure sanity on our roads, which are considered as primary responsibilities of the FRSC, noting that the commission had abandoned its primary assignment  to becoming a revenue generating organization.

Senate President David Mark coming out from the Senate chamber

Critics also said that it was not the function of the FRSC to go into the business of producing vehicle  plates as that would amount to snatching the revenue yielding ventures of some other government agencies.

Countering, supporters of the commission said the FRSC had not erred in law as enshrined in the Act establishing it - the  Federal Road Safety Commission [Establishment ] ACT, 2007. Part 11, Section 10 of  the Act deals with the Establishment, Functions and Rank of Members of Road Safety Corps.

Part 3[d] of this Section says that the commission has the responsibility for:'designing and producing the driver's licence to be used by various categories of vehicle operators'.

There are 22 other responsibilities the Act conferred on the FRSC, including [o], 'making regulations in pursuance of any of the functions assigned to the corps by or under this ACT'  Consequently, FRSC supporters said that by law, the commission was the only body legally authorized to design and produce vehicle number plates in Nigeria.

High cost: The next argument is the cost of these number plates produced by the commission.

Senator Dahiru Awaisu (PDP, Niger-East), in a motion he moved on Wednesday, February 29, 2012, titled: 'Hardship occasioned by the New Number Plates and Driver's Licence Scheme of the Federal Road Safety Commission, said among others, that 'Senate observes also that the new driver's licence which the commission launched in 2011, is now issued for N6,000, from the former N3,000.

Also, the new number plates have suddenly jumped from its original N5,000 to an astronomical N15,000, with those of trucks and other categories of vehicles put at between N20,000 and N40,000  and that the commission will ultimately be generating a whooping two billion Naira annually, as its own share of the new scheme'.

The lawmaker said the Senate was worried that 'the exorbitant cost of the driver's licences and vehicle number plates, have incurred outrage and rejection by the majority of Nigerians because they are financially impoverished and therefore find the amount exploitative, prohibitive and insensitive, for a population that is already facing the challenges of hash economic condition.

'The Senate is worried also that the August 31, 2012 dateline issued by the commission, for the enforcement of the new scheme, is not feasible because the current demand for vehicle licence, surpasses supply and thereby subjecting applicants to wait for as long as three months after payment, before receiving number plates'.

As expected, the motion sailed through, the Senate issued the order, which stalled the production of the new vehicle number plates.

Since the decision, many Nigerians, who are seeking drivers' licences or want to register their vehicles have had their need put on abeyance.

As the National Assembly beams its searchlight on the issue, FRSC chief executive, Chief Osita Chidoka,  in an interview programme  on Channels Television, attributed the hike in the price of the vehicle number plates to the activities of touts in some states.

In like manner, Paul   Momoh, a legal practitioner, in a radio programme last Friday, said the research he carried out on the matter showed that state governments were responsible for the price hike. He stated that his findings were that FRSC supplies the vehicle number plates to the states at the officially approved price of N15,000 but the states push up the price to as much as N45,000.

Momoh criticised  the legislators for stopping the production of the number plates, adding that the decision was not taken in public interest. He also berated the FRSC for not making information available to the general public on the processes that are undertaken before the product gets to the end user.

Given the new insights, it is to be seen  how the lawmakers would handle the matter.  Aside the FRSC, the legislators are also expected among others to unravel why in some states, the statutory bodies, such as the Board of Internal Revenue, whose function it is to organize the sale of vehicle number plates or driver's licence, are not allowed to do so.