Ghanaians, Marriage and Jealousy: Learning to Survive the Pitfalls! 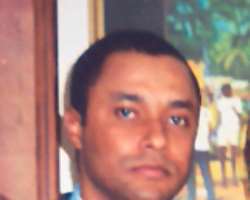 The family is the primary unit of society, just as a cell is the basic unit of an organism. If families in a society are dysfunctional, then such familial anomalies, or aberrations, will, most likely, be transferred to the larger society, leading to social conflicts, unrests, and cataclysms. There is a large number of miscreants in Ghana today, many having chosen their current dastardly lifestyles because of the suppressed anger that they continually harbor in their hearts due to broken marriages; the unannounced and ludicrously cruel departure of a parent, or both; or the occurrence of an irreversibly traumatic event, such as the death of a guardian, parent, or both parents, via an accident or murder, et cetera.

Children thrive best in two-parent households, so anything that disrupts this natural environment can be debilitating to their mental health and social development. If only consenting adults would take into consideration the impact of their actions on their progenies, the world would, indeed, be a better place. I wish to share with my readers anecdotes about two women who were faced with the predicament of reining in their husbands, and how each dealt with her problem. In either case, the actions of the wife saved the day and kept the family from disintegrating.

Early 1985 in Hohoe, Volta Region. Auntie Yaa, a no-nonsense Asante, had lived with her husband, Uncle Kwabena, in this eclectic township for more than 10 years, after they both relocated from the Ashanti Region in 1972. One of the prettiest women one could meet on Ghanaian soil at the time, Auntie Yaa was the mother of four children ― two sons and two daughters. Shortly after Auntie Yaa's fourth ― and final ― child was born, her husband, Uncle Kwabena, for inexplicable reasons (a midlife crisis, perhaps?), decided to share his love appendage with Esi, a local Ewe girl, in the couple's adopted hometown. Like most philanderers, Uncle Kwabena was hitherto successful in hiding his out-of-wedlock escapades for a while, but luck would soon run out on him. One day, Adjoa, a friend of Auntie Yaa's, stumbled upon a scene that would rock the world of the aforesaid couple for more than 5 months!

On this fateful evening, Uncle Kwabena had told his wife that he needed to go back to town to retrieve an item from his office. His real plan, however, was to meet Esi at their usual love nest, a primary school playground that was usually deserted once school ended and the children ― and their teachers ― left for the day. Unbeknownst to the cavorting pair, their hiding place was not such a smartly chosen lair after all, as Adjoa, in a twist of fate, happened to have taken a particular trail near the playground that evening, in order to reduce by a third the time it would otherwise have taken her to reach her sister's house. Adjoa, despite being petrified by what she saw, did not raise an alarm, but marched immediately to Auntie Yaa's house to inform the latter about the “abominable” spectacle that she had just witnessed.

Uncle Kwabena was a man of slight stature (I believe he is with the good Lord now), perhaps no taller than 5 feet 2 inches, whereas Auntie Yaa stood at approximately 5 feet 7 inches (the average Ghanaian woman stood at 5 feet 4 inches) and, while not overweight by any stretch of the imagination, was quite an imposing figure. Not atypical of a woman who feels betrayed by a wayward husband, Auntie Yaa shot out of her chair like a torpedo to go see for herself what exactly the man to whom she had pledged to share the rest of her life ― for better or for worse, in sickness and in health, for richer or for poorer, until death separated them ― had plunged himself into! Attired in blue jeans and a dark-colored T-shirt to accentuate her camouflage in the dark, this warrior of a woman was determined to teach the smooching duo a lesson, for, in her mind, no one trampled on Yaa Asantewaa's “daughters!”

Auntie Yaa reached the torrid scene in approximately 9 minutes, and true to Adjoa's words, Auntie Yaa's husband was in a trance-inducing, nerve-soothing, tongue-swapping, blood pressure-elevating synchronized “genuflection” with Esi. Unlike what an incensed woman will instinctively do, by going after her rival and perceived threat, Auntie Yaa instead went for her husband's jugular, putting her amazing strength on display, to the utter amazement of onlookers who were beginning to trickle in because of the now high-pitched verbal exchanges between man and wife.

And before Uncle Kwabena could open his mouth to offer yet another lame explanation, Auntie Yaa would brutally floor him, via a proliferation of blows unleashed in a macabre and methodical fashion that would have made the legendary Azumah Nelson applaud acquiescently. By now, a fairly large crowd had gathered to cheer on Auntie Yaa, with all the astringent women in the crowd who had, at one point in time or another, been victims of infidelity, urging on the “protagonist” to complete the coup de grace! There could not have been a quicker way to establish a sorority of the “avenging” sisters!

10 minutes into the drama, Auntie Yaa released her chokehold, exposing the meticulously pummeled face of Uncle Kwabena. Auntie Yaa then muttered to her husband words that bystanders were unable to decipher, so some began to speculate that Auntie Yaa had told Uncle Kwabena that he would receive fresh blows if he ever dared to cavort with his lover again! Amidst Auntie Yaa's petulance and the uproar, Esi had slipped away quietly, convulsing like a dry leaf that was at the mercy of the wind! (In a situation like this, it is often said that the guilty party usually has no iota of strength to fight, not to mention the shame of being labeled a whore.) The next day, Uncle Kwabena made his way to the local hospital, where he required about 12 stitches to close the cavernous lacerations around his mouth and eyelids. Not too long ago, Uncle Kwabena went to be with the Lord, but for the rest of his life with Auntie Yaa, this man resisted the urge to stray again!

Someplace in Virginia in 2003. Brother Kwadjo was a mechanic by profession, an ebullient man with enough talent to take apart any machine, including a car engine, and reassemble it with astounding ease in a matter of hours. So profound was his talent, his garage was always crowded with motor vehicles needing repairs. Auntie Besia, Brother Kwadjo's wife, was a well-groomed and polite lady, who, as a 32-year-old mother of two, had had her fair share of life's troubles. Auntie Besia lost her mother shortly after immigrating to the U.S. with her husband in 1999, and her father's death will come 3 years later, leaving Auntie Besia with an impoverished soul and pain so great that it left many wondering if the latter could ever recover. Thus, Brother Kwadjo had become, somewhat, Auntie Besia's primary succorer: from the ostensibly light emotional burdens to the egregiously pulsating battles with depression and anger over the loss of her parents, Brother Kwadjo was expected to always provide a shoulder for Auntie Besia to lean on.

It was thus a flagrantly painful event in Auntie Besia's life when someone confided in her that her husband may have caught the attention of another woman, the latter with a shameless penchant for visiting the garage incessantly under the pretext of seeking mechanical information about her aging Audi A4 sedan. Not unlike Auntie Yaa's story above, it was yet another woman, but not a friend of Auntie Besia's ― this stranger had made it clear to Auntie Besia that she simply considered herself a good Samaritan for making that fateful phone call to the latter ― who broke the news of a looming disaster to this laidback wife who might just have, forlornly, ended up in the old wives' club of the Ghanaian community in her region of the United States! Since there was no proof in this case that anything untoward had taken place, Auntie Besia had to invoke all of her astuteness and prudence to stop the would-be husband taker in her tracks.

The first thing Auntie Besia did was to narrate an allegory to Brother Kwadjo, in which she alluded to a femme fatale on the prowl to steal another woman's husband. Quickly, an alarm bell rang in Brother Kwadjo's brain, as he now realized that he had been found out for both encouraging and enjoying the attention of another dame. Later, Auntie Besia would open up to her husband about the dangers inherent in his rather myopic and long-drawn association with this strange woman. Although Brother Kwadjo felt like defending his “business” relationship with the female customer-turned-admirer, a small voice in his spirit told him to heed his wife's advice and sever the burgeoning friendship before he lived to regret it. Finally, Auntie Besia made a rather audacious move: she waited for and confronted her would-be rival one wintry morning after the latter had driven to the garage under the pretext of seeking a tip on driving safely in nippy weather. The poor, diabolical woman never returned to Brother Kwadjo's garage again!

Some men truly underestimate the power of their women's intuitive capacities, assuming, in the process, that they (the men) had some special prowess, or virtuoso, to “fool around” on their partners without being caught. That some women do not question their men incessantly does not equate to a lack of perception by these women to subtle changes in their men's outlook, especially when these men's thirst for straying crosses normal boundaries: with an intuitive “nose” as powerful as a bloodhound's or sleuth's, a woman can “sniff” trouble long before it nears her domicile: from staring unashamedly at another woman's derriere to covertly lusting after another woman, a wife can detect these anomalies long before a husband gathers the courage to take the stupendous and mortifying risk to cross marital boundaries!

If this writer were to take sides, he will obviously support Auntie Yaa's style of dealing with her adversity ― I am not, however, asking any woman to become a husband-beater, for one could end up behind bars, especially in Western societies! ― as it quickly quenched Uncle Kwabena's thirst for the waters of a forbidden fountain, even if the approach was sinister and overly aggressive. Conversely, Auntie Besia's approach ― even while skilful and more of the sort that would win sympathy in a court of law, should the couple decide to split up ― may not deter the hardened, or prospective, philanderer.

For Auntie Yaa, her roughhouse and boisterous approach saved her family from disintegrating, and her children are all successful men and women in Accra today. As one white lady friend once told me, displaying streaks of jealousy may be necessary at times to save a marriage, and if “guerrilla” tactics must be employed occasionally, then so be it. I believe that if Ghanaian women will jettison their passivity in matters bordering on marital fidelity and stability, fewer broken homes will be the result, and many of us will live happily ever after. Now, please share your stories with the rest of us.