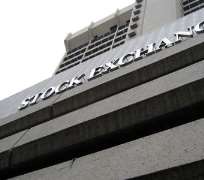 ABUJA, March 14, (THEWILL) - There were heavy knocks on Wednesday for the Director-General of the Securities and Exchange Commission (SEC), Ms Arunma Oteh, when the Federal House of Representatives’ Committee on Capital Market and Other Institutions investigating the state of the capital market rolled out a list of shocking revelations.

In addition to suspiciously hiring two Staff of a bank (Access Bank Plc) monitored by SEC, Ms Oteh was alleged to have been involved in a number of extravagant spendings, including wasting more than N30 million in eight months on hotel accommodation.

Chairman of the Committee, Hon. Herman Hembe who made the disclosure, accused the DG of engaging in illegal employments, and decried her employment of two staff of Access Bank Plc at SEC, an action he believed was capable of compromising the regulatory functions of the organisation. According to the chairman, Oteh engaged in reckless spending when the capital market was almost collapsing.

“What you are doing at SEC smacks of plenty of fraud; it seems to me that you're playing a very serious role to make sure that the capital market does not work,” he said. "You stayed in a hotel for eight months and spent over N30 million. In one day, you spent N85,000 on food at the hotel. The other day, you spent N850, 000 on food. These are the things we should look at to see how you will regulate a market that is collapsing.”

Hembe Similarly condemned the employment of Charles Ughelle as Project Adviser; and Titi Olubiyi, Communications Adviser, both of them senior managers at Access Bank Plc, with Ughelle elevated to the rank of director at SEC. Also, he expressed disappointment with the employment of 30 staff without recourse to laid-down rules and regulations despite contrary advice from the Director of Enforcement and Legal Services, Charles Ahamefula.

“The DG's actions have called to question her competence to hold the position. Consequently, she is to bring her academic certificates and all documents regarding the engagement of the Access Bank staff at SEC,” he instructed. “There is no way we can run an organisation like this and things will be okay. This calls to question your competence.”

In her defence, the SEC DG explained that the two Access Bank Plc staffs were on secondments and their responsibilities did not interfere with the regulation of the capital market.

“Charles Ughelle was helping SEC to secure office accommodation at Maiduguri and Port Harcourt. The salaries of the staffs on secondment are being paid by Access Bank and not SEC. We don't have the right capacity in that area and Charles has come in with that,” she said.

In his testimony, the Director of Legal Services, Charles Ahamefula, said that when he received complaints from some staff on ongoing employment at the Commission, he wrote a memo to the Head of Human Resources, copying the DG, to advise a halt.

Access Bank, which has earned the infamous title of ‘Nigeria’s cowboy bank’, has since the last economic meltdown positioned itself as a bank that would do anything to succeed irrespective of laid down financial and ethical regulations.

One financial analyst told THEWILL Wednesday that Access Bank’s top executives including Group Managing Director, Mr. Aigboje I. Aig-Imoukhuede and his deputy, Mr. Herbert Wigwe and other senior management have earned a reputation by compromising some key government officials, regulators of the financial and banking sector and senior politicians.

“The bank picks the bills for almost every financial related event organized by local regulators including the Central Bank of Nigeria (CBN). From the Presidential Seminars held at the Obudu Cattle Ranch in Cross River State to the Bankers’ Committee meetings, Access Bank has gladly opened its vault with the aim of currying favours from the regulators when the chips are down.”

THEWILL also gathered that Aigboje, who is billed to retire from the bank anytime from now has used his influence in the Presidential Villa to also arm twist regulators hence the bank and its two top CEOs have succeeded in getting away with several sharp practices without any reprimand from regulatory bodies.

Recall that some shareholders of Intercontinental Bank, opposed to the planned sale of the bank has sued Imoukhuede and Wigwe who they accused of owing their bank N16.2 billion in unpaid loans thus contributing to its insolvent state.

The shareholders said that they stumbled on some paperwork, which revealed that Aig-Imoukhuede and Wigwe had refused to pay up or finance the credit extended to them by Intercontinental Bank Plc.

In the suit, they sought among others an order stopping the move by the Central Bank of Nigeria (CBN) to formalize the Memorandum of Understanding entered between Intercontinental and Access Bank, by which the latter bank is required to part with N50 billion to acquire 80 per cent of the former bank.

They averred that after the actual suit, they discovered that the CBN listed one United Alliance Company of Nigeria Limited amongst the largest debtors of Intercontinental Bank in an advertorial dated August 18, 2009.

The plaintiffs stated that when they conducted a search at the Corporate Affairs Commission (CAC), they discovered that the said United Alliance Company of Nigeria Limited is wholly owned by Aig-Imoukhuede and Wigwe, who are the only shareholders of the company with each holding 450, 000, 000 shares.

In spite of complaints against the ‘cowboys’, Access Bank still got the approval of the CBN and the Presidency to acquire Intercontinental with Aigboje and Wigwe sitting tight at the helm of affairs of a bigger and controversial bank.

In a swift reaction to our earlier report SEC released a statement titled: “Securities & Exchange Commission (SEC) Not Compromised!”

The regulator attempted to talk its way out of the expose by describing our report as “Skewed.” “It is important to put the story in the right perspectives before the misinformation assumes a life of its own,” it added.

“The Director General of Securities and Exchange Commission, Ms. Arunmma Oteh used her used her personal goodwill to attract two people on secondment to the SEC from Access Bank. They work in Brand Communications Support and Project Management / Premises Maintenance. Two areas in which SEC was and still is deficient and which are absolutely unrelated to the regulatory mandates / roles of the SEC Nigeria. There is therefore absolutely no conflict of interest involved in the matter.

They work pro bono, i.e. without earning any salaries at the SEC. They are not staff of the SEC and have no intention of taking employment at the SEC. The DG of the SEC should be commended for using her goodwill to attract them at no cost to the Commission.

The Hon. Herman Hembe, Chairman of the Public Hearing has shown needless and manifest hostility to the DG of SEC to the detriment of both the capital market and the national interest. He has twisted the facts to suit premeditated interests, which are known only to him.

While we whole heartedly welcome the public hearing, we should be mindful of utterances and acts that may erode the investor confidence which the regulatory body has been building through its numerous reforms,” the statement added.

The statement was however silent on the huge bonuses and allowances paid the two Access Bank staffers by SEC.

The statement was also silent on the ridiculous N30 million naira in 8 months wasted on accommodation and lifestyle for Oteh at the Transcorp Hilton Hotel Abuja.