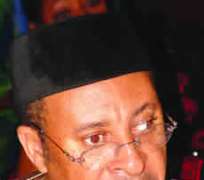 Concerned Nigerians described by the media as eminent Nigerians gathered last week under the aegis of the National Summit Group to discuss the various problems negatively affecting the nation.

The Summit that lasted two days was held at the Sheraton Hotel, Ikeja. A communiquÃ© issued after the summit emphasized the need for a National Conference (NC) to enable Nigerians decide on how they want to live together.

A Sovereign National Conference (SNC) implies that whatever is decided at the roundtable conference of elected and selected Nigerians would not be subject to review by any other body. The conveners of the summit were careful in drafting the communiquÃ©. They made sure that the word 'sovereign' was not included. The decision is interpreted to mean a deliberate move not to put off some powerful interests.

In the past, organizations such as the National Democratic Coalition (NADECO), the MNR led by the late Chief Anthony Enahoro and Afenifere, a Yoruba Social cultural group had maintained that only the convocation of a sovereign National Conference can ensure that Nigerians live happily together. But the inclusion of the word 'sovereign' is always considered offensive in certain quarters. It is usually interpreted to mean a call for true federalism or even con- federalism.

Those opposed to true federalism or confederation argue that it is a slippery step towards disintegration. Besides, a Federal Government without fund is like a hollow shell. Reference is easily made to the popular Aburi Accord when Odumegwu Ojukwu successfully argued for a con federal system. When the agreement reached was interpreted, it became obvious that a weak centre would ensure the disintegration of the country. Nigeria lost one million lives to the 30-month civil war that followed

The groups that often call for National Conference are usually from the South. The organizers of last week summit ensured that there were notable leaders from all the six-geo political zones in the country present. Those in attendance included:

According to the communiquÃ© at the end of the summit: The ultimate goal of the Eminent National Leaders of Thought Dialogue is the convocation of a national conference of constituent units that can produce a truly people's constitution. It reads in part: 'The issues constraining our development as a nation include systemic corruption, insecurity, infrastructural deficiencies, lack of credible electoral process, bad leadership and collective defective structure of the Nigerian Federation backed by a floored constitution.'

The Chairman of the summit, Pat Utomi told the 150 delegates that it was a call to rescue the country from looming danger by charting the way forward. He said: 'The fragile unity binding the country is under threat. Poverty, insecurity, poor management of resources, poor leadership and greed has become the order of the day.

'We need a state constitution where individuals will develop at its own pace like what was in operation in the 1960's. The present Nigerians no longer trust their leaders because of long abandonment and profligacy. Therefore, at a time like this, the country needs to sit down and discuss on how to move forward.'

To drum home the need for a national conference, former Alliance for Democracy (AD) and Nigeria Peoples Party (APP) presidential candidate in the 1998 presidential election, Chief Olu Falae told the gathering that:' We had a federal covenant in 1960 which the military took away. We must find the covenant again and the only way to do this is through a national conference because there is one sovereignty and it resides with the people. If they don't want us to have a Sovereign Conference, we will continue to gather in this way, as it will serve as our moving train.'

Former governor of old Kaduna State Alhaji Balarabe Musa went down memory lane to drum home his point. He said: 'Nigeria is gradually moving towards a failed state in all its facet of life. During the first republic, responsible leaders that were accountable to the people governed Nigerians and the wellbeing of the people was paramount to them.

' Though the first republic leaders were conservatives they were nationalistic, credible and dignified. But today's leaders, despite the claim of sophistication, have nothing to offer us in terms of credible leadership.

'This is the root of our crises. In spite of our riches, we are one of the poorest in a continent ravaged by diseases, poverty and illiteracy. The only way to go forward is to go back to the beginning where we started so that we can start again to build a country of our dreams.'

Professor Ben Nwabueze was specific on the need for the convocation of SNC if the nation must move forward. He is convinced that there is no substitute for SNC. He said: 'People of Nigeria must sit down at a round table conference and decide the basis of the national unity.'

The call for a conference is loud and the security situation after the April 2011 general election is becoming worrisome. In the past, those in position always turn deaf hears to such calls largely because no leader wants to preside over the balkanization of a big and potentially prosperous country like Nigeria. Military President, Ibrahim Babangida once asked rhetorically: ' What is the national question? Honestly, I don't know what it is. I want somebody to educate me.' It was his way of telling Nigerians that there is no need to discuss the national question because what many regard as problems are normal occurrence in the life of a nation like Nigeria.

A few days ago, the Chairman of the Senate Committee on Information and Media, Senator Abaribe insisted that only national Assembly can discuss all such issues that the advocates of national conference are angling for. According to him, Our (NASS) position is that we are already elected to represent all persons and citizens of Nigeria. If you look at the composition you are either represented by a House of Representatives member or a Senator.' He added: 'We do not think there is any matter under the sun that we will shy away from. We do not understand the stand of those who insist that there must be Sovereign national Conference… if you want any alternation to the way of life in the country the vehicle is the National Assembly. If you want to change the constitution, bring it through the Representatives and the Senate.' Does this put the nail in the coffin of the much-talked about and widely favoured talk? Well, time will tell.