When the Boss is a Woman 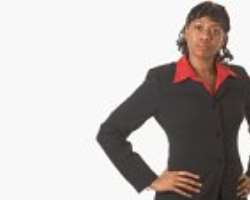 Since women began to climb the management ladder, pundits have asked if they have what it takes to lead groups and organizations. The answer isn't as simple as yes or no. According to the research, while men and women are equally effective in some settings, more often effectiveness depends on the fit between the setting and management gender. For example, women's typically more mentoring, coaching style is more favorably received in female-dominated professions; men's more typically "command and control" style is well received in male-dominated professions.

Thus, all things being equal, men and women are equally effective. But given varied work settings and a workplace whose top managers are still more likely to be male, all things rarely are equal. For example, women are slightly more likely to be "transformational" leaders, serving as role models, helping employees develop their skills, and motivating them to be dedicated and creative. That approach may actually be more effective in today's less hierarchical organizations. But not all workplaces are alike: The participatory style may backfire in traditional male settings such as the military or organized sports. Conversely, the command-and-control style more typical of men may backfire in a social-service agency or retail outlet.

Studies published during the past decade underscore these complexities. A 1995 review by Alice Eagly, PhD, Steven Karau, PhD and Mona Makhijani, PhD, of more than 80 different studies found that when aggregated over the organizational and laboratory experimental studies in the sample, male and female leaders were equally effective. The leaders or managers assessed in the studies were typically first-level or first-line supervisors, with a strong minority of studies looking at mid-level managers or managers of mixed or unknown levels.

At the same time, the analysis revealed that women were more effective leaders in female-dominated or female-oriented settings, and that men were more effective leaders in male-dominated or male-oriented settings. Thus working in a leadership role congruent with one's gender appears to make one more effective -- or at least perceived as being more effective.
To address the question of whether men and women have different management styles, Eagly and Johnson conducted a 1990 review of leadership studies. Interestingly, although lab studies of management styles showed women to be both interpersonally oriented and democratic and men to be both task-oriented and autocratic, field studies found a difference on only one of those dimensions: The women were more democratic, encouraging participation, and the men were more autocratic, directing performance. A 2003 meta-analysis extended those findings, showing that women were slightly more likely than men to have the transformational leadership style, in which the manager acts more like a good teacher or coach and encourages creative solutions to problems. Research shows that such a style may be especially suited to the contemporary workplace. Women also appeared to reward good performance more than men, a very positive part of transactional leadership. Men were more likely to criticize subordinates and be less hands-on, styles found to be ineffective. Despite these trends, psychologists caution against concluding that women or men have some sort of natural or innate management style. It's entirely possible that women, knowing how poorly people have responded to "bossy" women, soften their approach. What's more, the research shows only averages, or tendencies, for each sex. Some men will have more "feminine" management styles; some women will have more "masculine" management styles.

Research in the Workplace

Eagly notes that in U.S. organizations overall, according to the Bureau of Labor Statistics, nearly one of four chief executives is now a woman, "an enormous social change," she notes. Yet many of these women are at the top because they run their own small business. Sandy Shullman, PhD, a psychologist and management consultant who helps major corporations retain women in leadership positions, says that women still hold only about one out of 20 top-management positions in high-profile Fortune 500 corporations - only slightly higher than 20 years ago. Partly, she says that's because as people move up, the pyramid narrows. If women aren't groomed or selected for these top jobs -- despite the evidence of their effectiveness -- they start to fall off the ladder quicker relative to the larger numbers of men.

Also, in those bigger companies, men gain operations experience earlier in their careers, thus qualifying more for top jobs. Still, once decision-makers know that women can manage as effectively as men, it's hoped that they'll give more women greater responsibilities. Psychologists such as Eagly note a vicious cycle: If bias against women as managers restricts women's access to higher management positions, they're shut out from the chance to demonstrate their ability to handle line responsibility and further build their leadership skills.

At the same time, women aspiring to management may consider their sex and their behavioral style in light of where they work. They may get a more positive appraisal in sectors typically populated by women, but if they work in the many areas dominated by men, adapting their style to the more command-and-control approach may help them fit in. Similarly, men taking management jobs in women-oriented industries may tap the interpersonal skills traditionally associated with women in order to be seen as more effective.

Shullman notes the value of this research in helping aspiring women understand why they may feel as if they don't "fit in" as they climb the ladder - it may be due to a mixture of individual and contextual variables that is still being studied. Eagly's advice is to mind the power of perception. She says that even though the research found some differences in management style, "the sex differences are small because the leader role itself carries a lot of weight in determining people's behavior." She concludes that women are in some senses better leaders than men but suffer the disadvantage of leadership roles having a masculine image, especially in some settings and at higher levels. Stripping organizational leadership of its masculine aura would allow psychologists to get a clearer picture of any true differences between men and women.

Researchers are especially interested in the question of whether a management style more associated with women - a less authoritarian, more nurturing approach - will "click" as the workplace generally shifts to more team-oriented structures that thrive under a less directive approach. In the meantime, both women and men would do well to remember that gender-based bias can help or hinder not only themselves personally, but their organization as well. Dismissing any candidate on the basis of sex, given the findings of overall equal effectiveness, not only denies opportunity to talented individuals but also dries up the management talent pool.