AS UMAR FAROUK ABDULMUTALLAB IS SENTENCED 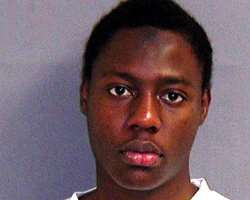 The sentencing to life imprisonment of Umar Farouk Abdulmutallab have continued to generate serious comments, opinions and criticisms from around the world, most especially because of its terrorist colouration. It is not the first time the so called terrorist act or terrorism had been planned or cordinated by an individual or groups of people within and outside American soil and on specific targets, but that of Abdulmuttalab stands out in many respect.

Since the 9/11 attacks which shook America to the marrow, terrorist acts againt the US and most especially it's allies have trippled, causing serious concern for stakeholders of international peace and security. Abdulmutallab's act of terrorism was unprecedented because of its cordination and planning in Yemen through one Awlaki, a powerful Alqaeda chieftain and it's eventual 'failed' exection mid air. Security experts were stunned to know Abdulmutallab had sewd a bomb around his underwear, yet passed through airport security checks both in Lagos and Amsterdam, boarding a plane to Detroit, without any inkling of his intentions by anyone to kill more than 290 people onboard.

Aside this, Abdulmutallab's action, to many, came as a surprise, owing to the his wealthy upbringing and political connections of his father. Many children of that status would readily dismiss an incoporation into a radical network, most especially when such where brought up tasting nothing but comfort, luxury and all the good things of life available only for the few super affluent in a country inherently rich in milky and honey.

Having said this, Abdulmutallab's sentencing to life imprisonment smears of a 'rather too quick a campaign' on the part of the US to punish individuals who it accuses of threatening the corporate existence and civilization of the country, without taking a lesson from the reason behind such an individual's action. The exposure of sensitive materials by Private Manning to Julian Assange's Wikileaks is one out of many cases where individuals who speak or commit acts against the US are punished without recourse to questioning many of the historical and contemporary acts of terror the same US have been involved with to instigate these individuals' course of action.

From the Vietnam war down to the Iraqi war and most especially America's strong support for Isreal, despite the latter committing fatal terrorist acts against it's Palestinian neighbour, the US had deeped itself into troubled waters, swims in it and yet refuse to pay the price for its misadventures both at home and abroad.

Federal Judge, Nancy Edmunds had said Abdulmutallab had committed 'an act of terrorism which cannot be quibbled with' and quickly sentenced the 24 year old to life imprisonment. As far as Abdulmutallab's case is concerned, there seems to be no respite because he had sacked his lawyers and prayed to defend himself (though his series of court outbursts did not help matters). Even the strongest case or aguement from him would not deter any judge from giving him a lesser sentence for his action in American thoughts since september 11 was a clear case of terrorism which the White house hawks detest with their blood.

Observers have argued that the US should not sit back and hope all is well, especially when Abdulmutallab had been sentenced to life. For every Abdulmutallab sentenced, is believed, would spring up more everywhere and quite radically too. Abdulmutallab was clear about this during his outburst in court declaring that, 'the US should be warned that if they continue to kill and support those who kill innocent Muslims, then the US should await a great calamity...or God will strike them directly.'

Abdulmutallab's case, therefore, should be a lesson for the Americans who now more than ever before have raised their hegemonic powers against Iran whose nuclear ambitions continue to be a source of concern to policy makers around the world, despite waging not quite long ago an unjust war against Iraq, Iran's next door neighbour. Her political and economic sanctions against the Persian nation would further promote ill feelings and create bad blood between both countries.

Many ordinary Muslims who watch how American drones kill fellow Muslims in Afghanistan, Pakistan and some other Gulf states and also how they instigate unnecessary wars become hardened and for that reason find an excuse to join Islamist groups and networks, hoping to target innocent Americans like Abdulmutallab planned to do with the Detroit bound plane.

The unjust assassination and hurried burial without recourse to the Islamic injunctions of the founder of Al-Qaeda, Osama bn Laden and the massive manhunt of other terrorist cells, the death of both Saddam Hussein and Colonel Muammar Ghadaffi by both a coalition of American backed court and NATO forces, American support for Isreal againt Palestinian statehood and the latter's illegal occupation of Palestinian territories and also the sytematic with-hunting of innocent Muslims within the American society have continued to generate anger and pain in the hearts of fellow Muslims around the world, most especially in the Arab world. Even the illegal imprisonment of Al-qaeda fighters continously detained in Guantanamo Bay calls to question the role human rights organisation and the United Nations have been playing to ensure an undignified cell of that nature which stinks with human right abuses is totally closed and its keys thrown into the dungeon of history.

Be that as it may, it is imperative to state categorically that a great lesson must also be learned by policy makers in Nigeria, most especially when many parts of the North is being shelled by the radical Islamic sect, Boko Haram. It is believed that Boko Haram has joined hands with terrorist cells abroad and this portends danger for us all if this belief is anything to go by. We must stem the tide by clamping down on Boko Haram and all those involved in it. If Abdulmutallab could be radicalized by a respected scholar and Al-qaeda chieftain in Yemen, many religious adherents of Sheikhs and Mallams here in many parts of the North wouldn't be too hard to be lured into killing innocent souls like was witnessed in the last couple of months.

The US must learn to play it's cards right and promote justice, peace and equity in its foreign policy. She must not be one sided and seen to give other countries who do not kowtow to it's hegemonic ambitions a reason to be vengeful. North-Korea have continued to remain in the American political black book, an 'axis of evil' simply because the latter gagged it around and refused to allow it be since the Korean war of 1950. Iran too is a point of reference and for the nuclear ambitious nation to be calmed, all forms of peaceful negotiations must be exhausted. The US qnd its allies are on the brink of a total war with Iran and if that avenue is pursued, more of Abdulmutallab will resurface, threatening the everyday lives of American citizens both at home and abroad.

This writer is of the belief that whatever Abdulmutallab had said in court to reprimand his captors had done him no good other than make him more miserable. Spending more than one's useful youth and adulthood in prison is no qualitative feat. Acts of terrorism through bombings which kills innocent souls is not justified for it is utterly abhored by the Qur'an, sharia and hadith of the Prophet. If the Qur'an had argued that killing an innocent soul is like killing the entire world, where then is the consensus behind the ideology of bomb attacks?

If we must live in peace, we must learn to abide by one of the cardinal laws of nature which is to live and lets live.