Yoruba Actress, Funke Etti Gets Car From Lover For Being Pregnant 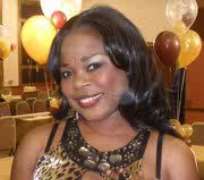 Gist getting to Nollywoodgists.com from a grapevine has it that popular Yoruba actress, Funke Etti, is presently pregnant.

According to what we were told, the actress is presently some weeks pregnant. We learnt that she broke the news to some of her close friends not too long ago.

A bird in the know said that Funke is pregnant for one Ola, who is said to be one of her biggest fans and admirer. We were also told that Ola has accepted to father the unborn child.

As a way to show this, Ola was said to have made a gift of a Honda CRV to Funke.