Younger sexually active teens are much less happy than their peers 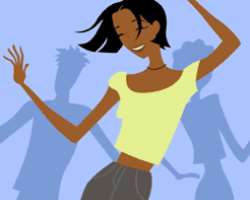 How do you define happiness?

If you're like most people, the answer's not so easy. It's an age-old question, one philosophers have debated for thousands of years. Happiness, it seems, truly depends on the individual. It's such a difficult topic, few even attempt to categorize or explain it.

That is, until now. Last summer, media giants MTV and the Associated Press sponsored an in-depth study on young people and happiness. They'd conducted their survey over the course of seven months. It was exhaustive, tackling all sorts of happiness-related issues. How happy are people? What makes them happy? What are they doing to ensure future happiness?

According to Matt Catapano, senior director of research and planning at MTV, the study's findings were encouraging: Young people (the survey included 1,280 youth ages 13-24) are generally happy. They're optimistic about the future. They set goals with happiness in mind, and make plans to achieve them.

Of course, it's far more complicated than that. "Youth are very optimistic about what they're doing and where they are and how they're going to change the world," says Catapano. "And yet they're also really focused on so-called traditional values, things like friendships, family, and religion."

In fact, 46 percent of those surveyed said spending time with friends and loved ones is the one thing in life that makes them most happy. Most teens see religion and spirituality as critical to their happiness. Money doesn't bring happiness, but lack of money may lead to unhappiness. Race and ethnicity seem to play important roles, too. More than 70 percent of white youth say they're generally happy with their lives, compared to just 56 percent of blacks and 51 percent of Hispanics.

"Sex really didn't come up on the list at all in terms of the priorities for being happy," says Catapano. "Personal relationships are important, and body image to a degree, but not sex."

To the extent that sexual activity was a factor, the study found that younger sexually active teens are much less happy than peers who are not sexually active.

Understanding happiness is one thing. What to do with that understanding is quite another. MTV, says Catapano, will use the study results to set the tone for their programming and music, to inspire ideas for new shows, and, of course, to draw more advertising. Knowing what makes kids happy, he says, is an important part of knowing what to air and what to keep on the studio shelves.

Overall, Catapano says, their happiness study has revealed just how unique the current generation of youth really is. "Some of it was surprising, but most of it really just validated what we already knew. On the surface it looks like today's youth are doing things that young people have done all along — focusing on those 'traditional' values."

And when they do, says Catapano, they're finding that true happiness often takes work. "They're definitely taking the time to figure out what they need to do to be stronger people, to be happier people, and to find deep, fulfilling relationships that will last throughout their lives."