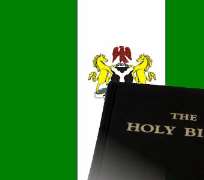 There are other strongholds that are very destructive. One of these is bitterness. The Bible warns us that bitterness will cause unforgiveness, which can bring the judgment of God on a person’s life (Mt. 18:21-35) and which will also keep our prayers from being answered (Mt. 6:14-15; Mk. 11:25). The Bible says that anger, another stronghold, can give the devil a ‘foothold’ in a person’s life (Eph. 4:26-27; Jas 1:20). Resentment (hatred of another person) is related to the intention to commit murder (Mt. 5:21-22). Thus resentment can also be a stronghold in a person’s life. There are powerful strongholds in which the evil purposes of Satan can hide from which his evil purposes against humankind can be effectively carried out. Such things as fear, discouragement, hatred, doubt, jealousy, addictions, bad habits and broken human relationships can all become strongholds of evil in people’s lives.

The good news of 2 Corinthians 10:3-4 is that these, and all other strongholds of evil, can be broken or torn down by the use of the spiritual weapons given to us in Ephesians 6:13-18. The weapon of prayer, together with the weapon of faith, is the most powerful force in the universe to break stronghold of evil in individual lives as well as in the policies and practices of evil government and evil government leaders. This weapon is powerful because God Himself has commanded it and God will answer such prayers of faith. Prayer moves the hand that made the universe. In the following verses, consider that God has commanded and what he has promised concerning prayer.

This, then is how you should pray; ‘Our Father in heaven… your kingdom come, your will be done on earth as it is in heaven.’ (Mt. 6:9-10). Watch and pray so that you will not fall into temptation. The spirit is willing, but the body is week. (Mt. 26:41).Love your enemies and pray for those who persecute you. (Mt. 5:44)Pray for those who mistreat you (Lk. 6:28).I urge, then, first of all, that requests, prayers, intercession and thanksgiving be made for everyone – for kings and all those in authority. (1 Tim. 2:1-2). Ask and it will be given to you; seek and you will find; knock and the door will be opened to you. (Mt. 7:7).I tell you the truth, if anyone says to this mountain, “Go throw yourself into the sea’, and does not doubt in his heart but believes that what he says will happen, it will be done for him. Therefore I tell you, whatever you ask for in prayer, believe that you have received it, and it will be yours. (Mk. 11:23-24).This is the confidence we have in approaching God; that if we ask anything according to his will, he hears us. And if we know that he hears us – whatever we ask – we know that we have what we asked of him. (1 Jn 5:14-15).… the Spirit help us in our weakness. We do not know what we ought to pray for, but the spirit himself intercedes for us. (Rom. 8:26)

Who are the spiritual enemies of God against whom we must use spiritual weapons? We tend to think they are human beings such as corrupt government or church leaders. The Bible says that human beings are not the real enemy. As we have just read, we are told to love and pray for our human enemies and for those who mistreat us (Mt. 5:44; Lk. 6:28). The Bible says that our real enemies are evil spirits – that is fallen angels and demons under Satan’s control. Ephesians 6:12 says, ‘our struggle is not against flesh and blood, but against the rulers, against the authorities, against the powers of this dark world and against the spiritual forces of evil in the heavenly realms’. It is because the real enemies are not human beings that human weapons of warfare are useless in this conflict.

Here is an example of why only spiritual weapons can finally overcome political oppression and problems of corrupt leadership. This person will be followed by another leader. Experience shows that very often the new leader will be just as corrupt, or even more corrupt, than the person he followed. However, if the heart of an evil leader is changed (as a result of prayer) and the man is converted, there will be a great change for good in that country. How can an evil leader be persuaded to turn from his evil ways? The answer is that God can work in the person’s life in answer to prayer or through contact with the word of God or the gospel of peace. Prayer, the word of God and the gospel of peace are spiritual weapons. For an example of how this actually happened in history let us see how God overcame the stronghold of pride in the life of the proud and defiant Nebuchadnezzar had abusively scorned Daniel’s three friends with these words: “…if you are ready to fall down and worship the image I made, very good. But if you do not worship it, you will be thrown immediately into a blazing furnace. Then what god will be able to rescue you from my hand? “(Dan. 3:16).

To show the king his sovereign power, God proceeded to deliver Daniel’s three friends from the furnace right in front of Nebuchadnezzar’s eyes (Dan. 3:24-26). God did this because the three Hebrew men had faith in God (Dan. 3:17), which is a spiritual weapon, and because they had committed themselves to obey unconditionally the word of God (another spiritual weapon) by refusing to bow down to any idol or graven image (Ex. 20:4; Dan. 3:17-18). Nebuchadnezzar was greatly impressed with this display of God’s power (Dan. 3:28). But he was still a proud and defiant king. He still had a stronghold of pride in his life, so God continued to deal with him. The Bible says, ‘The LORD detests all the proud of heart. Be sure of this: They will not go unpunished’ (Prov. 16:5). The Lord was about to punish Nebuchadnezzar for his pride and destroy this stronghold in his life. The Bible records that;

“Twelve months later, as the king was walking on the foot of the royal palace of Babylon, he said, ‘Is not this great Babylon I have built as the royal residence, by my mighty power and for the glory of my majesty? The words were still on his lips when a voice came from heaven, ‘This is what is decreed for you, King Nebuchadnezzar: Your royal authority has been taken from you. You will eat grass like cattle. Seven times will pass by for you until you acknowledge that the Most High is sovereign over the kingdoms of men and gives them to anyone he wishes.’ Immediately what had been said about Nebuchadnezzar was fulfilled. He was driven away from people and ate grass like cattle.” (Dan. 4:29-33)

After seven years of insanity, the stronghold of pride in Nebuchadnezzar’s life was finally broken. At last the king confessed, ‘Now I, Nebuchadnezzar, praise and exalt and glorify the King of heaven, because everything he does is right and all his ways are just. And those who walk in pride he is able to humble’ (Dan. 4:37).In a more recent example in Africa, God dealt with an arrogant church leader who had a serious problem of pride in his life. In response to prayer (which is a spiritual weapon) for this man, God allowed the leader’s wife to give birth to a deformed child. The care needed to look after this special child has become a daily tool in the hands of God to break the power of pride in this leader’s life. Have question, you may call: 08055059656, or write: [email protected] Stay blessed.