By JOSH FREED, The Gazette 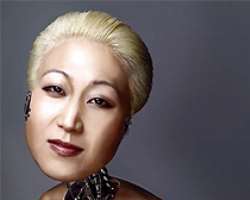 A new book says that within 50 years, humans will be having relationships and sex with robots - though that may not be a big improvement for couples who complain their love life is mechanical.

In his book Love and Sex with Robots, artificial intelligence expert David Levy predicts we will eventually date and even marry robots - and I can see why. On the plus side, robo-spouses would cook, clean, sew and look after the kids without complaining - just like wives once did - except now we'd all have one.

On the down side, marital life might feel a little robotic.

Love and sex are the latest human attributes robo-designers are trying to give robots. Scientists at an Ohio university recently reported they've finally got robots to laugh at simple jokes. But robots obviously don't take naturally to comedy - this is the robots' all-time favourite joke, according to the scientists:

Mother to boy: Dear, you've been working in the garden a lot this summer.

Boy: I have to Mom, because the teacher told me to weed a lot. (Note the robotic pun on "a lot." )

Is this the first baby step toward a new generation of cyberstandup comics who will slay us with gags starting with: "A robot walks into a bar with a person on his shoulder."

New Scientist Magazine also reports programmers in Texas have taught robots to identify humour by spotting words common to many jokes. So words like drunk, parrot, lawyer or my wife prepare robots for potential laughs, as do the words George W. Bush.

Humour is only a small part of a coming robot revolution that will soon make our lives much easier and more complex. I was at a convention in Toronto this year where some leading robot designers were showing off their new models.

I saw Robo-Vacuum, a small robot that mops floors, dusts counters and even cleans inside the fridge. Yes, ladies, unlike your husband, it does close the fridge door when it's finished - but I don't know if it puts down the toilet seat.

What next? - a robot that shovels the walk? Opens your beer? Effortlessly removes all iPod and DVD packaging? How about one that answers any phone calls from telemarketers:

In robot-obsessed Japan, they already have millions of robots doing all kinds of jobs. There are child-care robots in nurseries and elder-care robots in senior homes.

There are Wal-Mart style greeters at shopping malls, robots that direct traffic and robo-pets that bark, cuddle and pee on the floor on command.

I suspect robots will soon be taking away the few decent jobs left on this continent, too. We will see robot bartenders mixing drinks and robot security guards snoozing in apartment lobbies. Robot waiters will roll up to your restaurant table with their own individual personality:

Soon, there will be millions of robo-soldiers, spies and chauffeurs, while cyberhousecleaners make your bed and maybe even sleep in it. You'll come home and find your spouse having an affair with your robot.

According to the author of that new book, robot marriages are inevitable. He says human affections began with other humans, but gradually spread to include pets and virtual pets - so life with robots is the next obvious step.

He predicts the liberal state of Massachussets will be the first to legalize robot marriages, though I'd bet on Toronto for the first gay robot marriage - while Quebecers will just shack up with robots. I also suspect men will marry more robots, because they've always been in love with their gadgets.

And what about the kids? Will we have little mechanical children that we plug in, instead of tuck in at night? At least they'll listen when you tell them to take out the recycling - and you'll save a fortune on grocery bills. But buying your kid a replacement head will be a lot more expensive than replacing his sneakers.

Of course, there are bigger questions about choosing a relationship with a robot over a person.

Can a robot hold a real conversation? Can it argue with you over the bathroom renovation? Can it scream at you, then sob, then make up, then make love - and all those other little irrational things that make human relations so unpredictably human?

Then again, robots are a lot easier to break up with - you just have to find the off switch.